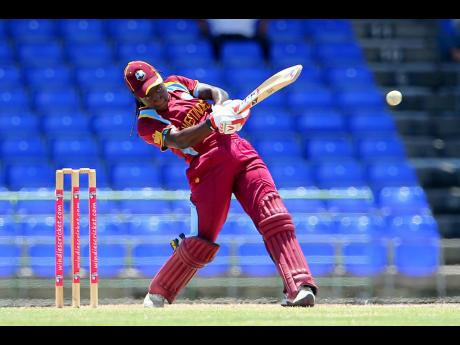 West Indies Women's star Deandra Dottin is backing herself to hit the straps for Brisbane Heat in the Women's Big Bash League starting later this month.

The all-rounder turned out for Perth Scorchers in the inaugural season last year, but failed to make an impression in six outings, scoring just 75 runs and taking five wickets.

However, Dottin believes she can be a major asset in all departments for the Heat in the upcoming campaign, which runs from December 10 until January 28 next year.

"I want to be way better than last year. I can't really say much about last season because it was a rush," said the 25-year-old.

"I've come to do my best as usual - batting and bowling and helping the team to get as far as [they] can."

Dottin is already in camp with the Heat and has been impressing management with her energy in the nets.

She will campaign alongside the likes of Australia internationals Beth Mooney, Delissa Kimmince and Jessica Jonassen.

Barbadian Dottin has been in decent form of recent, managing a half-century against India Women in a three-match one-day series in Vijayawada last month, while also picking up a few wickets.

She was a key member of the Caribbean side that won the Twenty20 World Cup in India last April, scoring 129 runs from six games and taking nine wickets with her medium pace.

She shot to stardom six years ago when she became the first woman cricketer to score a century in the Twenty20 World Cup.

The right-hander still holds the record for the fastest T20I hundred off just 38 balls.