Another stern test for Waterhouse 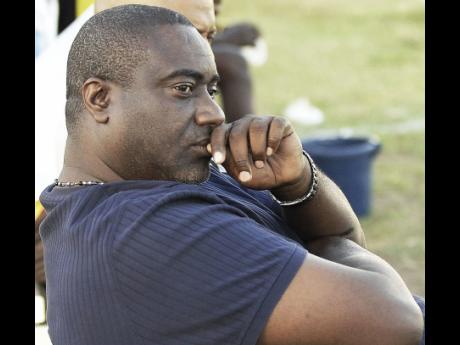 Things will get no easier for Waterhouse and new coach Glendon 'Admiral' Bailey in the Red Stripe Premier League this week than they were last week.

In his first match in charge of the troubled team, which has changed more coaches than any in the League over the past three years, the man who has another life as an entertainer saw his team reeled in closer to the foot of the table by the team which occupies that position - Boys' Town. Now, sitting just a point above Boys' Town, Waterhouse will this evening host Tivoli Gardens, the last club Bailey coached in the League and the one with which he had most success.

But while Bailey had good times at Tivoli Gardens, he should expect no favours from a team which are rivals but are currently in good form having fought off another of their main rivals, Arnett Gardens, last week to climb to third position on 26 points, five off leaders and defending champions Montego Bay United.

Perhaps, the only thing good going for Waterhouse in this match is the absence of the evergreen Jermaine Johnson, who will be missing the game due to an accumulation of yellow cards. While Johnson will be out, though, Tivoli Gardens will be looking to Elton Thompson, Mitchily Waul and company to lead their charge. Romario Campbell has not been at his best this season and if his team are to have a chance, he will have to raise his game significantly and hope that the likes of Kemar Beckford and young Rodave Murray have good games as well. Failing that, they could find themselves slipping even further.

At Barbican, Boys' Town will be aiming to continue their revival when they host a Portmore United team which must be smarting from a 0-4 mauling at the hands of UWI FC last week. That kind of result should serve as encouragement for Boys' Town, who are coming off a 2-1 win over Waterhouse. Portmore United on the other hand, will need a solid performance to dismiss last week's debacle as a one-off.

At the other end of the table, leaders Montego Bay United will be playing away to a Humble Lion team who are in need of the creativity and the vision of Wolry Wolfe and coach Donovan Duckie on the bench. Without both last week, as well as Andrew Vanzie, they looked the equals of the rebuilding Jamalco. For them, Gary McIntosh was the most dangerous player, but he lacked the service of someone like Wolfe.

Montego Bay United possess a strong unit, but laboured to a narrow win over the promoted Maverley-Hughenden FC. For them to get a positive result at Effortville, the competition's joint leading scorer Dino Williams and Allan Ottey will have to show leadership.