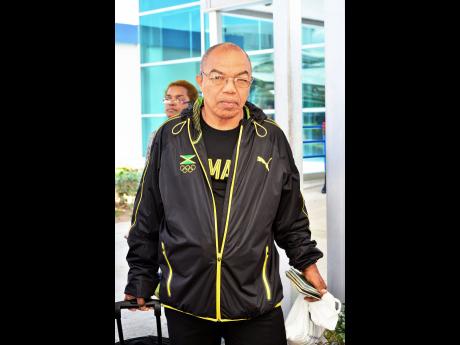 Jamaica's track and field authority is trying to silence the noise caused by its folding of the arms at a high-level IAAF meeting in Monaco a few weeks ago, but it appears its representatives in the principality - president Dr Warren Blake and general secretary Garth Gayle acted without the approval of their executive.

The Jamaica Athletics Administrative Association (JAAA) decided not to vote on amendments to the constitution governing international track and field and is now forced to publicly dismiss suggestions that it does not support the fight against drug cheats - given the heavy anti-doping theme of the overall package.

In a release issued late Friday night over Gayle's signature, the JAAA also denied that its decision not to cast a vote on the 15-point reform package was because of a rejection of the push to add greater voice to athletes.

Blake and his administration have come under heavy criticism, and with Jamaican track star Usain Bolt underlining his support for the package, which, among other things, was geared towards greater transparency, more accountability, less presidential power plus gender and term-related issues, it came as a shock to many when it was revealed that the JAAA, which was represented by Blake and Gayle in Monaco, had not voted in support.

The Sunday Gleaner has since learned that there was no consultation between Blake, Gayle and the rest of the JAAA executive before the decision was taken to abstain.

In fact, our sources have shared that there were no direct meetings to discuss the 15-point IAAF proposal prior to the Special Congress despite its presence, in full, on the IAAF's website for several months. JAAA members were only advised of the abstinence after the fact, during a post-Congress briefing session, where members eventually expressed their full support of the decision.

Meanwhile, 95 per cent of the member associations voted in support of the IAAF reforms in Monaco, which will take effect in two waves - January 2017 and 2019.

Still, the JAAA is underlining its commitment to the fight against doping in sport - which represents a major element of the new package, citing that its decision not to vote has no bearing on this position, while noting that its grouses stemmed from several governance proposals and the actual voting process - which oddly required a yay or nay vote on all 15 points en bloc.

"To suggest that we abstained because we didn't support tighter regulations against drug cheats is simply not true. We have also been criticised for not wanting athletes to have a voice, when the truth is, we are one of the very few federations where a current athlete (in Michael Frater) was accepted as part of our executive," the release read.

"We support any measure that seeks to eradicate doping in sport. We are a superpower in sprinting and we are of the firm belief that our status as the premier country in the sprints would have been established a long time ago if the fight against drugs was as strong worldwide as it is now. We don't see it as mere coincidence that our prominence as a track and field force is coming at a time when the practice of rigidly fighting against drugs across the globe is as prominent as it is now," the release continued.

Amongst the JAAA gripes is the decision to alter the composition of the council to reflect gender balance. The JAAA contends that this decision was taken by a small group of individuals and needed further discussion at the Congress level.

The JAAA also argues that the current age limit of 70 years-old, which was agreed in the 2015 constitution, was removed without any discussion at Congress and also noted their discontent that committees would no longer be elected by Congress but would instead be appointed under the new plan. Other issues raised by the JAAA include term limits.

The organisation also argues that the council's executive board would also be drastically changed without full discussion among member federations.

It is against these issues and the fact that they could not vote on individual points that the JAAA says it decided to not cast a vote at all.

The IAAF was forced into change on the back of the uncovering of a massive doping and corruption scandal that rocked the international body. Sebastian Coe, who replaced Lamine Diack, who is at the centre of the scandal, as president of the IAAF, has a led a charge to clean up the sport and return its credibility.

At the base of that effort is a 15-point plan that included anti-doping, regulation and administrative changes that are hoped will lift the sport.