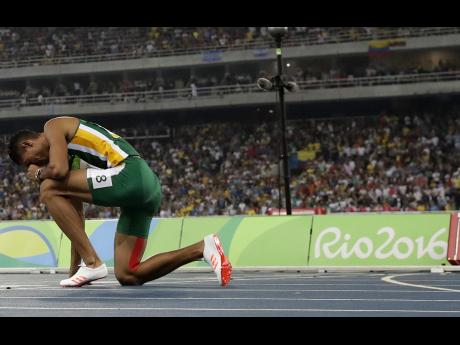 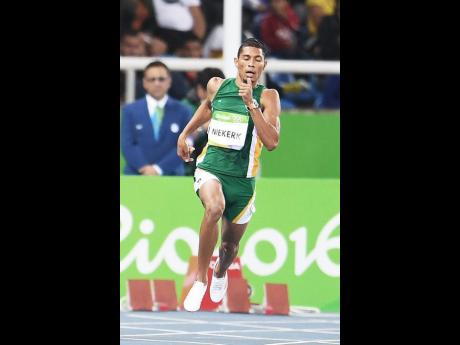 With Usain Bolt retiring from the 200 metres one year early, some fans are keen to see super South African Wayde van Niekerk run the curved sprint. One fan, on the well known Caribbean Track and Field Forum website, reckons the Olympic 400-metre champion has world-record potential in the event Bolt has ruled since his sensational 19.30-second run in Beijing at the 2008 Olympic Games.

That interval shrinks if van Niekerk or any doubler is in the last 200-metre heat. A look at the schedule of the last World Championships reveals seven 200-metre heats with the last one starting 42 minutes after the first.

He could petition the IAAF to open the 200/400 schedule out, the way it did for Michael Johnson two decades ago. The American, whose 400-metre record van Niekerk broke at the Olympics last year, was the king of the sport then. Accordingly, the authorities created a schedule that allowed him a day off between the 400 metres, which then - as now - started first, and the 200 metres.

Track's MJ duly did the double first at the 1995 World Championships in Goteborg, Sweden, and then at the Olympic Games in Atlanta. To crown everything, he ran 19.32 seconds in the 200 metre to set a world record that lasted until Bolt snipped two-hundredths of a seconds off it in Beijing.

Johnson wasn't the only doubler to benefit from the relaxed 1996 schedule. France's Marie-Jose Perec also produced a banner performance by first setting an Olympic record of 48.25 seconds in the 400 metres to take one gold medal and then by edging past Jamaica's Merlene Ottey in the 200-metre final to take another.

Ostensibly, a van Niekerk London double might be doable if the free day was moved from between the 400-metre semis and final to a date that separates the 400 metres and 200 metres completely.

There is one other solution for those who really want van Niekerk to satisfy their need for speed. He could, as Jamaica's 1983 World Champion Bert Cameron has suggested he might, abandon the 400 metres. After all, he was World champion in 2015 and, in one fast swoop, won Olympic gold and broke Johnson's world record last year. If those achievements fulfill his 400-metre dreams, then a visit to the 200 metres might be on.

Will he double with the schedule as it is? Will he petition to have the 400/200 overlap eliminated? Or will he leave the 400 metres for a new love - the 200 metres? And if he takes the last option, could he conceivably approach Bolt's mind-bending world record? It sounds like a soap opera and I, for one, don't want to miss an episode.