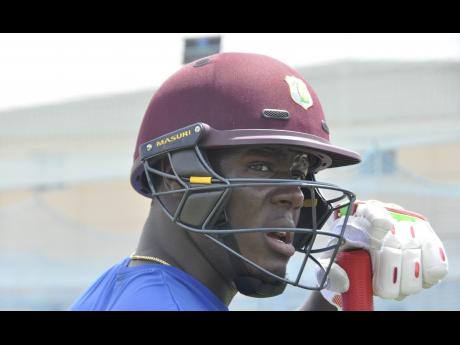 Twenty20 star Carlos Brathwaite has joined reigning champions Sydney Thunder for the remainder of the Big Bash League campaign, replacing West Indies teammate Andre Russell, who has been ruled out with a hamstring injury.

The 28-year-old Barbadian, who was vacationing overseas recently, is expected to link up with the franchise shortly, but there was no confirmation on if he would be ready for Sunday's clash against Hobart Hurricanes at Blundstone Arena.

"Carlos is dedicated to learning and advancing his game. With both bat and ball, he's a very skilled T20 cricketer," said Thunder coach Paddy Upton.

"I've had the pleasure of working with him for a season in the IPL and he really is the highest quality individual. "He's a top-quality cricketer and person, which ticks the two big boxes when it comes to Thunder recruiting players."

Brathwaite came to prominence during the last year's Twenty20 World Cup in India, when he lashed sixes off the first four deliveries off seamer Ben Stokes in the last over of the final against England to propel West Indies to a dramatic win.

He is a hard-hitting lower-order batsman and steady seamer, and completes his all-round game as a sharp fielder.

Brathwaite is a member of both the Windies Test and one-day international sides, and also captains their T20 squad.

He replaces Russell who, on Wednesday pulled up with an injured hamstring during a game against Melbourne Stars and had to be stretchered off.

Thunder announced yesterday that the Jamaican would be out of action for up to six weeks, ruling him out of the remainder of the Big Bash.