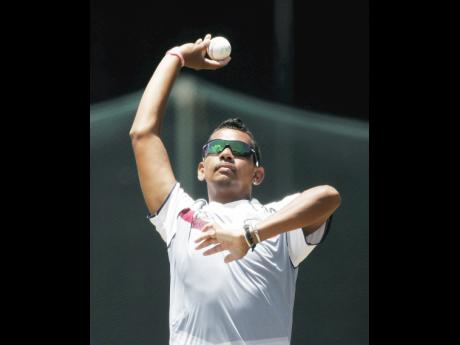 West Indies all-rounder Kieron Pollard shone with the ball but then flattered to deceive with the bat, as his Adelaide Strikers were eliminated from play-off contention with a six-run loss to Sunil Narine's Melbourne Renegades in the Big Bash League yesterday.

Opting to field first, Strikers watched as the visitors rallied to a challenging 171 for nine from their 20 overs but could only muster 165 for eight in reply, to come up short.

The defeat kept Strikers bottom of the eight-team standings on four points while Renegades moved into fifth spot on six points, to stay alive in the tournament.

Opener Marcus Harris slammed 85 from 53 deliveries while Callum Ferguson chipped in with a 16-ball 26, to propel the Renegades innings.

The left-handed Harris put on 55 for the first wicket with captain Aaron Finch (19) and a further 45 for the second wicket with Cameron White (10).

Narine, batting at number seven, made only two.

Pollard finished with three for 30 from three overs of slow medium, claiming the dangerous Ferguson in the final over caught in the deep off a slower ball.

In reply, several batsmen got starts but failed to carry on as Strikers slumped to their fifth defeat of the season.

Opener Ben Dunk top-scored with 32 off 25 deliveries in a 53-run, first wicket stand with Tim Ludeman who made 29 from 22 balls.

Once they were separated, however, wickets fell steadily as Sri Lankan seamer Thisara Perera sliced through the innings to finish with four for 25.

Pollard, who has struggled with the bat throughout the tournament, struck 22 from 17 deliveries with a four and a six batting at number four, helping to add 27 for the third wicket with Jake Weatherald (11).

The Trinidadian was fourth out in the 14th over with the score on 98 for four, brilliantly taken on the deep square leg boundary by Ferguson off Perera.