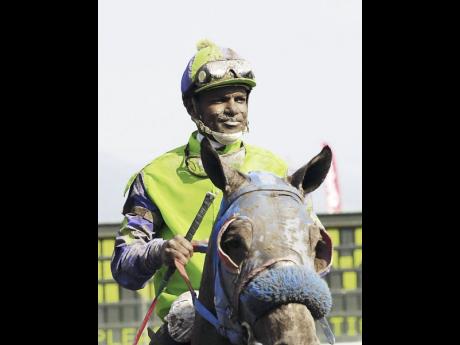 The 25-year-old suffered multiple fractures to her cheekbones following an on-field collision with teammate Laura Harris, while attempting to field a delivery during a game against Melbourne Stars at Allan Border Field on December 27.

Dottin had titanium plates inserted during surgery to rectify the injury.

The live-wire Dottin has resumed training with the Heat and has been cleared to suit up for the weekend double-header against Adelaide Strikers - today and tomorrow - at the Gabba in Brisbane.

Riding on the eight-race card at the southwestern United States racetrack, Ramgeet won race five with 3-1 chance Aparri, race seven with 4-1 bet Make Money Honey before wrapping up his haul in the day's final race aboard 6-1 choice Mysterious Man.

Seeking to narrow Stevens' lead, Ramgeet opened his account over six furlongs when he steered six-year-old chestnut mare Aparri to victory by 31/2 lengths over the four-year-old and upward fillies and mares.

His second win came over a mile when he partnered with six-year-old bay mare Make Money Honey to trounce the four-year-old and upward fillies and mares by 33/4 lengths.

Title contender Algeria self-destructed at the African Cup of Nations, giving away an own goal and paying for some even worse defending in losing to North African rivals Tunisia 2-1 yesterday.

Ramy Bensebaini gave away the own goal by deflecting Youssef Msakni's cross into his own net in the 49th minute in Franceville.

Faouzi Ghoulam helped Tunisia double their lead with his woeful defending as he tried to head the ball back to his goalkeeper from way out. Ghoulam then fouled Wahbi Khazri, who swooped on the ball, to give away a penalty. Naim Sliti made it 2-0 from the spot in the 66th.

It left Algeria, who got one back in injury time from Sofiane Hanni, sinking in Group B with just one point from two games.