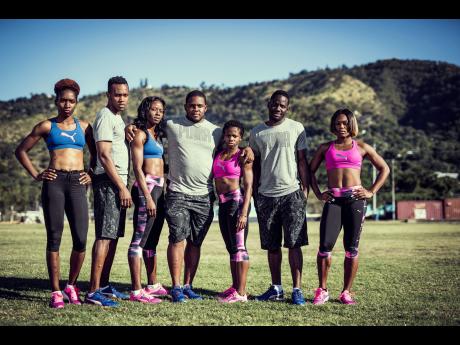 Global Sports brand PUMA continues to deepen its roots in Jamaican athletics after securing the signatures of seven of the island's top athletes.

"PUMA continues their commitment with up-and-coming athletes, and its mission to be the fastest sports brand in the world by signing seven Jamaican athletes to represent them in the upcoming World Championships in London. They all have a strong possibility to make the podium in London and increase PUMA's footprint in Jamaican athletics, which includes none other than Usain Bolt," read a release issued by the company late yesterday.

The signings represent a major coup for PUMA considering MVP's long association with US brand Nike and the fact that its most recognisable ambassador, Usain Bolt, will be stepping off the track at the end of the season.

Twenty-one-year-old Jackson represents one of the most exciting signings for the company. Jackson won bronze medals at the 2015 World Championships and the 2016 Olympic Games in the 400m and was a member of the 4x400m world title winning team in 2015 and the Rio 2016 silver medal mining unit. She has a personal best of 49.83 seconds in the 400m and is seen as Jamaica's future of the event.

Russell's Olympic ambition was hampered by injury, but she also brings significant promise and world-class pedigree. The 23-year-old 400m hurdles specialist has already made her mark in the event and the best is still to come. Russell was a finalist at the 2016 Rio Olympic Games and 2015 World Championships in Beijing. She is also a former World Junior Champion.

Richards is a bronze medallist who competed in the shot put at the last 2015 World Championships and made the final at the 2016 Rio Olympic. He also won the gold medal at the 2015 Pan Am Games, as well as the 2014 Commonwealth Games. Williams, 22, competed in the 100m final in Rio and ran the lead off leg as a member of the 4x100m relay team which won the silver medal.

Simmonds, the 22-year-old 100m hurdler, was the 2016 Jamaican national champion and represented Jamaica during the latest Olympic Games, while Forte, who just missed competing in Rio breaking the 20 seconds barrier in the 200m for the first time in 2016.

McDonald is the 400m national record holder with a personal best of 43.93 seconds. He was part of the medal winning relay teams at the last two World Championships.