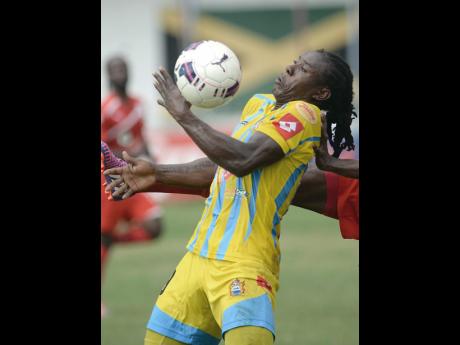 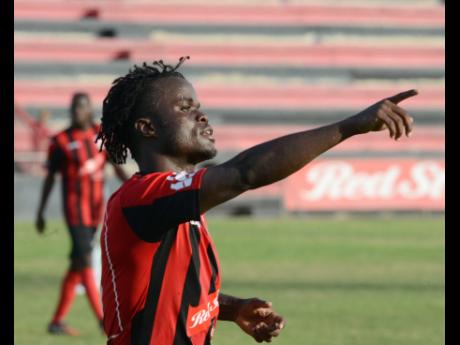 Former champions Arnett Gardens will be hoping that home comforts bring them what it brought at the turn of the new year when they host the struggling Waterhouse at the Anthony Spaulding Sports Complex in one of six games on today in the Red Stripe Premier League.

On that day, 'The Junglists' shocked title challengers UWI FC 5-3, but only managed to edge neighbours and the 12th-placed of the 12 teams in the League, Boys' Town, 2-1 at the Barbican field. That game, coach Jerome Waite said, was affected by the playing surface.

"The playing surface then really did not help our game, but with us playing at home this week, we should give a better account of ourselves," Waite Told The Sunday Gleaner.

Waite's optimism, according to him, has nothing to do with the fact that their opponents are struggling and are firmly rooted in the relegation zone. In fact, he expects them to put up a tough fight.

"We expect a competitive game from Waterhouse despite them struggling at the bottom. They are a team that cannot be taken lightly because of their pride and their fighting spirit. They always play us hard, they have good players and a coach who is a good motivator," Waite said, assessing the opposition.

He added: "On the other hand, we have a job to do. We are playing at home and have to deliver for our fans. Also, three points will keep us closer to the leaders and help us to continue to climb up the ladder."

Arnett Gardens will have to achieve their victory without the reliable Newton Sterling, their primary goalscorer. That, though, is not a worry for the home team as, according to Waite, they have scored seven goals in their last two games with seven different individuals responsible for the goals. Players such as the returning Kemal Malcolm, veteran Leon Strickland, Marvin Morgan, Fabian Reid and captain O'Neil Thompson should figure prominently for them.

In captain Romario Campbell and Deandre Brown, Waterhouse have quality players, but are not helped by the departure of a number of players and injury to the exiting youngster, Rodave Murray. So bad is the situation in terms of player availability, that Waterhouse have not been able to name more than 15 players for their squad.

VETERANS HAVE LOTS TO DO

The veterans, Irvino English, Jermain 'Tuffy' Anderson and Weston Forrest, still have a lot to offer, but they have to work for the good of the team if they are to stand a chance.

In other games, defending champions and leaders Montego Bay United should get the better of the visiting Jamalco at Wespow Park while the Tivoli Gardens-Humble Lion game should be a very attractive showdown.

Home team Harbour View should be given the edge over Boys' Town, but the visitors cannot be written off as Jamiel Hardware and Shamar Nicholson are players of quality. Maverley-Hughenden have lost two games in a row and they believe that home advantage will help in their quest to stem the slide.

Since the return of Craig Foster, Reno Football Club have been finding the goal with regularity and have pocketed two wins in the process. They will expect things to continue in that vein against Portmore United, but the visiting team will have ideas of their own.