Stadium Upgrade Not Yet Approved - Grange 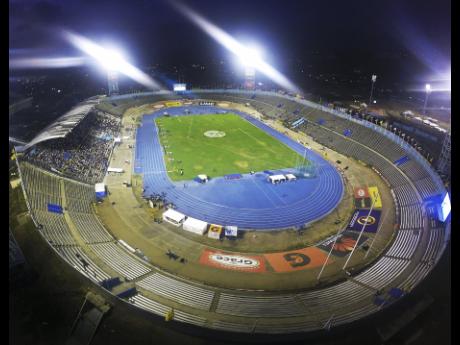 Gladstone .A. Taylor
The National Stadium in Kingston

Sports Minister Olivia 'Babsy' Grange has said that the process of approving the renovation of the National Stadium in Kingston is not as simple as many would believe.

Independence Park Limited (IPL) General Manager Major Desmon Brown had previously told The Gleaner that phased renovation of the venue would start this year, as soon as IPL receives the $5 billion it needs from the Ministry of Culture, Gender Affairs, Entertainment and Sport. However, Minister Grange has responded to this, saying that there are many steps that must be taken before the funds can be given to IPL.

"There's a process that you have to go through in order to secure funding for major projects," Grange said. "There's the design, the development plan, there's a costing, and so on, but we have to get signed off and approval from certain entities within Government that you have to make the presentation to. The projects for both the Trelawny Stadium and the National Stadium have not been taken to that secretariat and presented to them as yet."

Grange said that once these projects have been approved, the next step is for the Planning Institute of Jamaica to go and seek the necessary funding.

She also dismissed public opinion that there is money readily available to the Government to undertake large-scale projects such as this, but it is unwilling to use it.

"I don't think it's a matter of Government having the money," she said. "I think it's a matter that when we have these major projects to do, it can be a combination of borrowed money, grant funding, and funds from Central Government, from the Budget. These major projects are going to cost a lot of money. Once we get signed off on the feasibility of the project, then we go into discussions and we can look bilateral funding. There are many sources out there that we can get funding from, but first, we have to get signed off on the project."

Grange said that the Ministry is hoping to get the approval quickly, as it is considered an important investment, but added that she knows that both the approval and funding will materialise in due time.