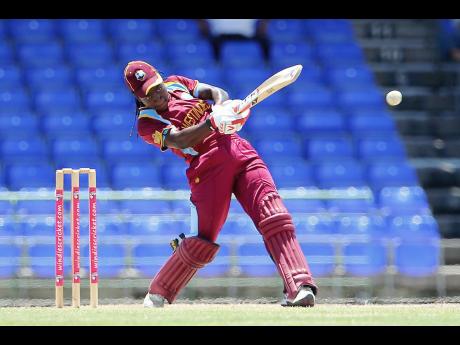 There was disappointment for West Indies all-rounder Deandra Dottin as her Brisbane Heat missed out on the final of the Women's Big Bash, after going down by nine wickets to Perth Scorchers in yesterday's semi-final.

Playing at the WACA, Heat could only muster 124 for five and Scorchers cruised to their target with more than four overs remaining.

They will now meet the winner of today's semi-final between Sydney Sixers Women and Hayley Matthews' Hobart Hurricanes in Brisbane.

Sent in, Brisbane got a top score of 39 from captain Kirby Short, while Delissa Kimmince chipped in late on with a 15-ball unbeaten 25.

Dottin, batting at number five, scored 18 from 15 balls with two fours, in a crucial 34-run, fifth-wicket stand with Kimmince.

She was eventually run out off the last ball of the innings, chasing a second run with Kimmince but finding herself short of her ground.

In reply, Scorchers made light work of their run chase with opener Elyse Villani striking 52 and her partner Nicole Bolton, 32.

Villani faced 48 balls and counted eight fours, putting on 67 for the first wicket with Bolton and another 58 in an unbroken second-wicket stand with captain Suzie Bates, who made 27 not out.

Dottin sent down two overs of medium pacer which went for 11 runs.