The Wright View | Well done to JADCO and ISSA 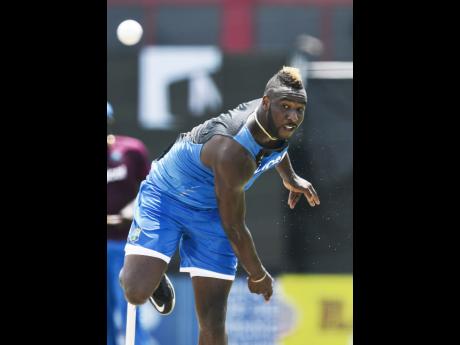 Two sporting organisations have come in for recent criticism that may have been unfortunate, in my estimation. The Jamaica Anti-Doping Commission (JADCO) has been receiving flak in some sections of the media because of its decision to appeal the one-year ban imposed on cricketer Andre Russell, after an independent tribunal found him guilty of missing three drug tests in a 12-month period.

First of all, JADCO can appeal any doping, related sanction that it finds too lenient or incorrect. Also, this is not the first time that JADCO has appealed a doping-related sanction. Having noted all of the above statements, it is therefore mandatory that a careful review of the transcript(s) of the hearing brought by JADCO to the disciplinary panel be done. Then and only then could the researcher(s) decide if the appeal by JADCO bears any merit.

The facts, as determined by the panel, were that Russell was not present at a prearranged address when the anti-doping team from JADCO arrived to conduct a test. The date and time of the test were selected by Russell, as per a form submitted by the athlete online every three months, outlining a one-hour window where he would be available for testing. If, prior to the date of the test, Russell finds himself unable (for whatever reason) to be present at the designated address in the one-hour time slot he previously indicated, he can change the time and place where he will be available. Having missed the first test, Russell was informed and the seriousness of the 'error' explained. When another test is missed in the 12-month period, another warning was issued to Russell.

After missing the third test, Russell was charged, tried and sanctioned. It is now obvious that JADCO views a 12-month ban as inadequate, and, apparently feels that since another Jamaican cricketer, Odean Brown, received a 15-month ban in May of 2016, a more lenient sanction has the distinct possibility of cricketers and athletes in the JADCO testing pool believing that missing three tests in any 12-month period, can be "explained" and leniency applied.

Missing three drug tests in a 12-month period, when the athlete has an opportunity to change the predetermined venue and time of the test if he/she finds physical reasons why the date and time submitted three months previously no longer applies, suggests either blatant disrespect for anti-doping rules or a deliberate missing of the tests because of nefarious reasons. The appeal, therefore, seems to be justified, and JADCO should be commended for its efforts to ensure that the use of drugs by Jamaican athletes will never be tolerated or excused and that the internationally agreed anti-doping rules are scrupulously maintained by Jamaicans and Jamaican authorities. It should never matter who the athlete is. If the rules are broken, and a hearing before an independent panel finds the athlete guilty, then the sanction must never ever be determined by the popularity of the athlete.

The group of headmasters of our secondary educational institutions in charge of sports, ISSA, have decided that an Ugandan athlete, who, through a concerned Kingston College alumnus, gets a scholarship to continue his education in Jamaica, has been given permission to represent his school in the upcoming Boys and Girls' Athletic Championships later on this month. This has resulted in an uproar from coaches, who believe that 'rules' were broken by the school/athlete and that ISSA's approval records a grave inconsistency in the attitude of that body when 'rules' are broken. As I understand it, the athlete in question was registered as a student at the school prior to his arrival in Jamaica from Uganda. He left Uganda two days before the deadline for arrival in Jamaica having understood that his trip to Jamaica requires him to be in transit in Germany in order to connect with another carrier on his trip here. Information from German authorities indicated that he did not need a visa, if he was in transit. However, on his arrival at an African airport, the airline carrying him to Germany insisted on him having a visa and refused to carry the young man to Germany. He therefore had to return to Uganda and begin either to get a visa (apply) or find another route to Jamaica that would not include landing in Germany. This took some days, therefore he arrived in Jamaica after the deadline imposed by ISSA for students, transferring from other schools to be eligible to represent their 'new' school in ISSA-controlled sports. ISSA listened to the reasons for his late arrival and apparently concluded that his late entry to school was plausible, and his participation in Champs approved. The fact that this Ugandan child is not only a straight-A student, but also an exceptionally gifted middle-distance runner and can potentially win 18 points for his school at Champs, seems to be the real reason for the objection, mainly from rival schools. Once again, ISSA has ruled in the interest of the child, and not in the interest of the competing schools. Bully for them!