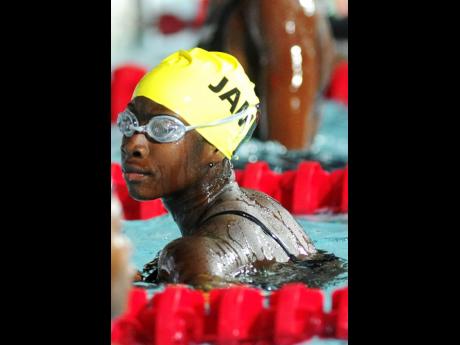 National swimming coach Gillian Millwood is confident that members of the Amateur Swimming Association of Jamaica (ASAJ) National Age Group team to the 2017 CARIFTA Swimming Championships will be strong medal contenders at the April 15-19 meet in Nassau, Bahamas.

The Jamaicans will line up against 25 participating countries, with high hopes of equalling, or bettering, the eight gold, nine silver, and eight bronze (25 medals) they won in Martinique last year.

More than a fifth of the contingent are overseas-based swimmers who live and train outside of Jamaica but compete for the team annually.

According to Millwood, the swimmers are in preparation mode and will test their sprinting skills in the pool in one last competition two weeks before they depart for Nassau.

"It's only up to them from here. We have a bigger team than last year and I anticipate that we will be able to pick up more medals than we got then," she reasoned.

The team is a mix of experienced swimmers and a few newcomers.

Millwood is expecting everybody to go out and give of their best, even if they don't medal.

"I pick returnees to medal. Everybody understands that once they do their part, their best, the results will come," she underlined.

The team will be managed by Tastey Blackman.