Alvaranga upbeat ahead of Carifta 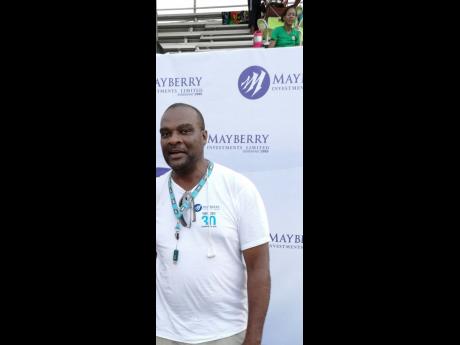 Rory Alvaranga, national coach of Jamaica's team to next week's Carifta Swimming Championships in The Baha-mas, described his team as well-balanced, confident and ready.

The 32nd edition of the annual championships will be held in Nassau, Bahamas, at the Easter weekend, beginning on Saturday and climaxing the following Tuesday.

This year, a larger contingent of 28 swimmers will represent the country, 17 are local based, while 11 live overseas.

"All is well in terms of Jamaica's Carifta team. I am just looking for everybody to do well and match last year's medal tally, or better it, and really score a lot of points and medals," Alvaranga told The Gleaner Saturday, following training sessions held at the National Aquatic Centre.

Training sessions for the 2017 National Carifta age group swim team took place on Friday afternoon between 3:30 and 5:30, then the follow day between 7 a.m. and 9 a.m.

Alvaranga noted that there are eight debutants in the 11-12 boys and girl's age groups, who will compete on those relay teams.

"It's a balanced team, with strength in very stroke in various age groups, and the mood is very good.

"All training sessions have the children bonding and playing, and parents coming together and preparing meals for swimmers. We are all looking forward to a wonderful event," the coach outlined.

He will be joined by fellow coach Matthew Campbell, while the team will be managed by Tastey Blackman.

Meanwhile, Jamaica will line up against 25 participating countries, with high hopes of equalling or bettering the eight gold, nine silver and eight bronze (25 medals) achieved at last year's championships in Martinique.

The Jamaicans will start leaving the island shortly, with the first contingentbatch set to depart on Thursday.