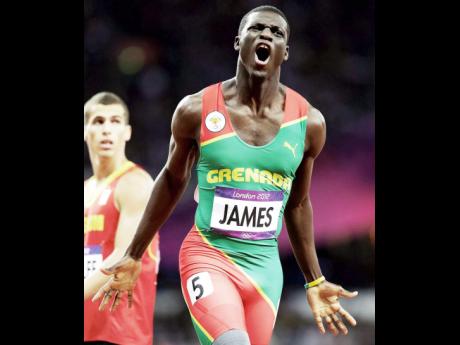 Since 2004, the Jamaica Invitational has guaranteed local fans an up close and personal look at some of the world best track and field athletes. From Gail Devers and Marion Jones to Carmelita Jeter and Sanya Richards-Ross, from Lashawn Merritt to Justin Gatlin, much of track's glitterati have come and run inside the National Stadium. The opportunity has doubled with the fast-paced Racers Grand Prix, which appeared with the likes of Wayde van Niekerk last year.

Even more importantly, the Invitational and now, the Grand Prix give locals a chance to see their own Jamaican heroes compete at home. It's a time-honoured tradition that begun with superstars Herb McKenley and George Rhoden and their contemporary rivals, including the American, Mal Whitfield, the 1948 and 1952 Olympic 800 metre champion. The tradition brought famous sprint duels between Don Quarrie and American Steve Williams at the Norman Manley Games. That meet even saw a world record in the mile by Filbert Bayi of Tanzania.

The Invitational follows the Mutual Games, host to the likes of Javier Sotomayor and the young Michael Johnson, in that familiar early May slot that so many now punch into their electronic diaries.

By contrast, the people of Grenada have never had that luxury ... until now. With their first and only Olympic and World Champion Kirani James as the centrepiece, the Spice Isle hosted a fine show at the first Grenada Invitational last Saturday. It was a remarkable show of resolve and ambition.

Merritt, who has performed in many countries in the region, dutifully reported for action in the 200m, alongside Asafa Powell, and Veronica Campbell-Brown. The presence of the latter pair is to be praised as a wonderful endorsement.

Like the Cayman Invitational, the new meet inspires the hope of a Caribbean track and field circuit. Good scheduling, air-travel coordination, and the right accommodation partners could make it work. It's a sports-tourism idea worth pursuing.

Until then, the people of Grenada deserve a pat on the back for bringing the world home to their new 7,000-seat stadium. It's a bold step forward. The athletic payback is the inspiration Kirani will be for young Grenadians who saw him run in person for the first time.

The bigger, more regional payback could come if a well planned and scheduled Caribbean track and field circuit could arise.

- Hubert Lawrence has made notes from trackside since 1980.