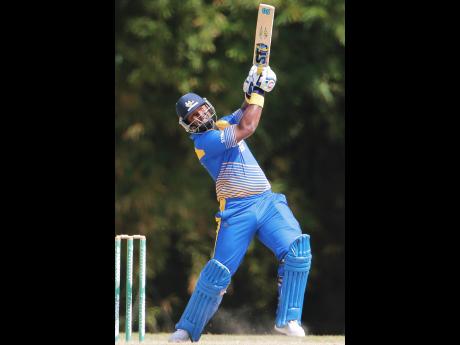 Andrew Tye of Australia made a dream Indian Premier League (IPL) debut with a hat-trick to earn the revamped Gujarat Lions a thumping seven-wicket victory over Rising Pune Supergiant yesterday.

Medium-fast bowler Tye, one of the four changes made by the Lions, finished with five for 17 and restricted Supergiant to 171-8.

Both batsmen tormented Supergiant bowlers with a 94-run opening stand off 53 balls, and negated the spin threat of Imran Tahir, who finished with 1-53.

Tye, who took five wickets in five Twenty20s for Australia, claimed the wickets of Ankit Sharma, Manoj Tiwari, and Shardul Thakur in the last over for his hat-trick. Two earlier blows gave him the wickets of Rahul Tripathi (33) and Ben Stokes (25).

Tye could have got one more wicket off his last delivery but Ajay Jadeja, also playing his first game for the Lions, blew a catch at midwicket to dismiss Rahul Chahar.

Supergiant captain Steve Smith, who missed the last game due to illness, top-scored with 43.

It was the Lions' first win in three matches while Supergiant have lost three of their four matches.