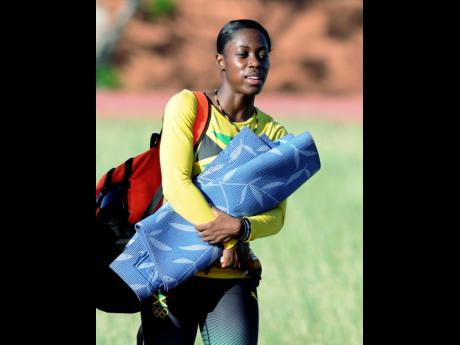 The 21-year-old Forbes made a bright start to her career when she helped the country to capture the silver medal at last year’s Olympic Games in Rio de Janeiro, Brazil. It was her first senior team outing.

Now Forbes said she is aiming for more success at this year's April 22-23 meet in Nassau, Bahamas. She plans to do her best to help Jamaica win medals at the championships.

“I see the World Relays as a big deal. Everybody is talking about it so I just can’t wait to get there.

“I am looking forward to playing my part and helping Jamaica to win the gold in the 4x100 metres," she added.

Jamaica finished second in the sprint relay, behind the United States, at the last championships in 2015.

She added: "I know that we can finish with the gold this year. We just have to concentrate and just go out there and do our best.

“I am overwhelmed with how things have gone in my career.  I didn’t think I would have reached this far so quickly,” she said.

Forbes stated that her performance in Rio de Janeiro last year has helped to boost her career.
“It motivates me a lot. I went up against some of the greatest athletes in the world and so whenever I step out on the track I now want to do very well,” she said.