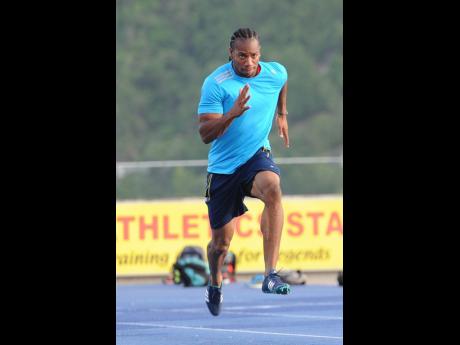 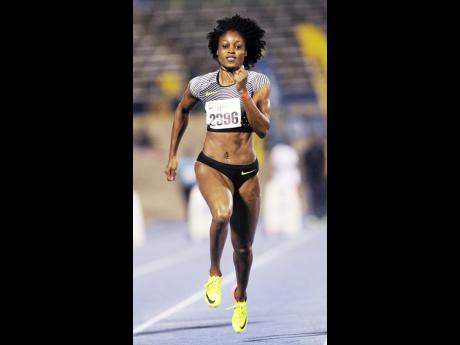 The National Stadium should be buzzing with excitement this afternoon when the UTech Track and Field Classic gets under way at 4 p.m.

Several of the island's leading senior athletes are expected to be on show at the three-hour meet.

"This event will offer the opportunity for athletic clashes among the best athletes in the country and an opportunity for international athletes to get well-needed competition under excellent conditions," said Francis.

Olympic sprint champion Elaine Thompson, who always performs well inside the National Stadium, is expected to put on another stellar performance as she is down to compete in the 100 metres.

Her training partner at MVP Track Club, Christania Williams, a finalist in the 100 metres at last year's Olympic Games, should be her biggest threat. Also down to compete in the event are Jura Levy from Sprintec and Srabandi Nanda of India.

The women's 200m should be very competitive. Rio Olympics 400m bronze medallist, Shericka Jackson, will spearhead a strong line-up. The likes of Stephenie Ann McPherson, also from MVP, along with the Sprintec trio of Audra Segree, Gayon Evans and Natasha Morrison should make this a very intriguing contest.

It has been a great season so far for The Mico University College's Dawnalee Loney, who was a close second behind Verone Chambers of G.C. Foster College in the women's 400m at the intercollegiate championships, and it will be interesting to see how she fares today when she faces the experienced Aneisha McLaughlin-Whilby, who is returning from injury and the multitalented Janieve Russell.

In the men's 100m, 2011 World champion Yohan Blake will be aiming to show that he is ready for a big year when he lines up in the short sprint. The field will include his teammates from Racers Track Club, Zharnel Hughes and Jevaughn Minzie and Nesta Carter of MVP.

Both the men's 110 and 400m hurdles should be very competitive. Olympian Hansle Parchment, Deuce Carter and Tyler Mason are the leading lights in the 110m hurdles.