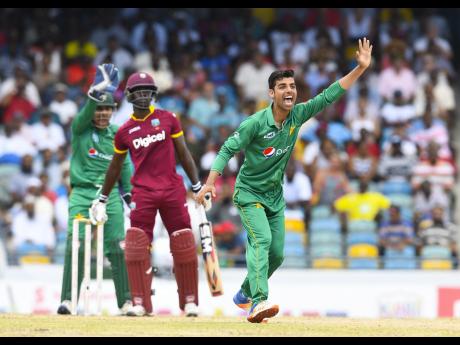 When I was younger, I always wished that I was a good cricketer, or better still, a Test cricketer of skill and quality.

Now that the time has passed, and a long, long time ago at that, I wish that if I should pass this way again, and if I was given the choice, I would be a gifted batsman, another Frank Worrell, another Rohan Kanhai, or another Lawrence Rowe.

If by some reason or the other I could not be any of those three batsmen and if I had to be a bowler, as much as I admire the fiery pace of, say, Jeff Thomson, Michael Holding, and Andy Roberts and the bemusing skills of left-arm spinners like Johnny Wardle, George Tribe, Inshan Ali, or the Great One, Garry Sobers, I would wish to be someone else.

The more I think about it, the more I would settle to be one like Sonny Ramadhin, Subhash Gupte, Bhagwat Chandrasekhar, Abul Qadir, or the greatest spin bowler of them all, Shane Warne, the right-hander who bowls leg-breaks, googlies, top-spinners, flippers and sliders while turning the ball a mile and getting it to bounce unusually high.

Well, that was until a few weeks ago when I saw, on the television screen, a baby-faced little teenager from Pakistan.

Shadab Khan, an 18-year-old right-arm leg-spinner, is one of a kind. He is one of those unusual kind of right-arm bowlers who bowl leg-spin, mix that up with a googly, throw in a top-spin, and, to make it more confusing for the batsmen, bowl a well-disguised straight one also.

To top it all, Shadab bowls them at a good pace and regularly, in no predetermined order, and he bowls them at different speeds, sometimes with a hypnotic and seductive loop, sometimes at a quickish pace designed to keep the batsman guessing and confused.

Shadab is not the first of his kind, but for one so young to report with such promising skills, his future looks bright. It seems filled with many fumbling batsmen many tentative and falling batsmen, and many, many wickets.

Shadab is inexperienced and, as a right-arm leg-spinner, prone to a level of inaccuracy in line and length.

There is nothing as refreshing as a young talent preening itself and raring to go, however, the young talent which must have been glitteringly displayed by the likes of George Headley in 1930 and by Sonny Ramadhin and Alfred Valentine in 1950, and which was paraded by others like Holding in 1975, by Malcolm Marshall in 1978, by Warne in 1992, and by Brian Lara in 1993.

Headley thrilled the world with his amazing batting in his first series in 1930, Ramadhin and Valentine with their mystery bowling in their opening series1950, Holding and Marshall with their tremendous potential in their first series in 1975 and 1978, respectively, and Lara announced he was on the way to a magnificent double-century before he was run-out early in his career.

Although these players were young and went on to entertain the world, some other young talented players never made it from first base because of one thing or another; maybe because they were never really the real thing and stuttered along the way.

Pakistan, with seven of the top 10 youngest players in Test cricket's history, including the top three, as well as 14-year-old Hasan Raza, the youngest of all, 15-year-old Mushtag Mohammad, and 16-year-old Nasim-ul-Ghani, have produced a lot, with many falling by the wayside.

Shadab, however, appears to be the real thing. In fact, at 18, based on the television, based on the degree of spin he imparts on his leg-breaks and in his googlies, based on the manner of how he has cornered and cut down the West Indies batsmen in the early exchanges so far on this tour, he is the probably most gifted leg-spinner that I have ever laid eyes upon.

And I first saw Warne, as a teenager, when he visited Jamaica with an Australian youth team somewhere around 1987/88.

Warne hardly looked as talented, and it never seemed that someday he would blossom into arguably the world's best-ever spin bowler, especially of the bamboozling type.

In the T20 and ODI matches, and despite Evin Lewis' assault during a brilliant explosion in the fourth T20 match, during which he posted 91 in 51 dazzling minutes and blasted nine sixes and five fours and took 25 off 14 deliveries from the leg-spinner, and Jason Mohammed's blistering 91 not out off 58 deliveries in the first ODI, Shadab seems, so far, to have woven a web of confusion around the West Indies batsmen.

Friday, if he is lucky to be selected, will be his first real Test when he confronts the West Indies batsmen in the biggest test of all, a Test match, and the hope is that the batsman will be focused and ready to demonstrate their much-talked-about talent in the one-on-one contest with Shadab inside the overall contest of the Test match on the grand occasion of the hosting of the 50th Test match in Jamaica.

Whether Shadab continues his merry and surprising start to what promises to be a wonderful career is left to be seen and, hopefully, for cricket's sake, and despite the fact that he is not a West Indian, cricket will produce another "magician".

Shadab Khan looks really like someone special, someone with an exciting talent worthy of celebrating Sabina Park's 50th Test match with his debut performance.

It would be nice to see him in action, partnering with the experienced and wily right-arm leg-spinner, Yashir Shah, one from the south and one from the north.