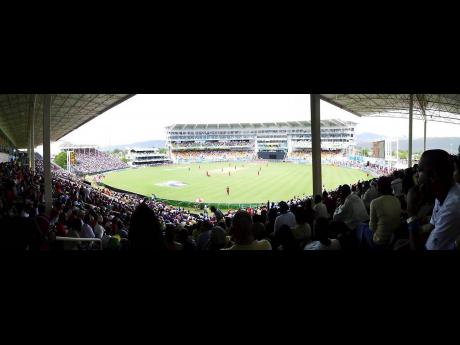 The following is the second and final part of an article by columnist Tony Becca on great performances at Sabina Park. The venue will host its 50th Test this weekend.

Because of all the run-getters, including Clyde Walcott, who scored 155 and 110 as part of his two "immortals" and his five centuries against Australia in 1955; and Collie Smith, who scored 104 in his debut Test against Australia, also in 1955, there have been some huge totals scored at Sabina, including the then world's highest total of 849 by England in 1930 in the longest Test match, nine days, up to then.

That was followed in 1958 by 790 for three declared against Pakistan; 758 for eight declared by Australia in 1955; and by 631 for eight declared by the West Indies against India in 1962. Due mainly to some impressive bowling, the lowest scores in Test matches at Sabina Park have been 47 by the West Indies against England in 2004; 51 by England in 2009; and 97 by India in 1976 when the turbanned Bishen Bedi surrendered, with a number of his players gone for medical attention.

When it comes to drama and excitement, the most memorable Test match of all must be, and the one that has been so acclaimed, despite an amazing collapse in 2004, the West Indies versus India encounter in 1983.

Sabina Park is also known for exciting cricket in T20, ODI, and in first-class matches, and some of the innings that excited the crowds included Upal Tharanga's ODI innings of 174 not out off 159 deliveries for Sri Lanka against India in 2013, and Chris Gayle's swashbuckling first-class innings of 165 off 152 deliveries for Jamaica against the Windward Islands in 2012.

That innings glittered with eight fours and 14 sixes, and after opening the innings, Gayle was dismissed at 228 for six.

Some great fast bowlers - including Herman Griffith, Learie Constantine, E. A. Martindale, Roy Gilchrist; and Charlie Griffith, Fred Trueman, Brian Statham, Ray Lindwall; and Keith Miller, Michael Holding, Joel Garner, Malcolm Marshall, Curtley Ambrose, and Courtney Walsh-plied their trade at Sabina Park, but no one, probably, has ever bowled as fast as Patrick Patterson who, in the space of two weeks in 1986, cut down Guyana for 41 with figures of seven for 24 in 7.1 overs of frightening speed and assisted in the demolition of the Leeward Islands for 77 when he had Viv Richards and Richie Richardson and company batting as if they had ants in their pants. Either that, or they were batting on a pitch made of asphalt and sizzling in the heat of the day's sunshine - or so it appeared.

As we look forward to the 50th Test match at Sabina Park, the question is this: which is the greatest innings and the greatest bowling performance ever recorded there?

In the end, however, I believe that you will end up with Sobers's 113 not out, if only because of the jigsaw-puzzle appearance of the pitch, the fact that the West Indies were forced to follow on, and the quality of England's bowling. Or as you may finish with Harmison's seven for 12 off 12.3 overs because of the presence of a batsman like Lara, another like Shivnarine Chanderpaul, the lovely weather on the day, and the good nature of the Sabina Park pitch.

After 23 victories by the West Indies, 12 by others, and 14 drawn contests, I can still see, flashing across my mind's eye, the loping figure of "Lennie" running in from the south, the end of fast bowler Wes Hall, mimicking the long, menacing run-up of the burley pacer during the luncheon intervals, or the tea breaks, turning around, and screaming towards the imaginary umpire in an appeal for leg before wicket, or was it for a catch behind the wicket.