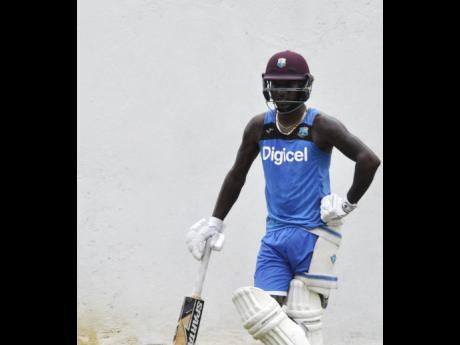 The West Indies selectors have left out Jamaican batsman Jermaine Blackwood from their starting team for today's first Test against Pakistan at Sabina Park.

Singh who has performed well in regional four-day first-class tournaments for the past two seasons, as well as with the West Indies A team, scored a century against the Pakistanis in a tour match in Trelawny last weekend.

Hetmyer, who captained West Indies Under-19s to the ICC World Cup title last year, made 97 in the same match.

The other reserve from the West Indies 13-member squad is Barbadian fast bowler Miguel Cummins.

Pakistan have won the toss and elected to field.