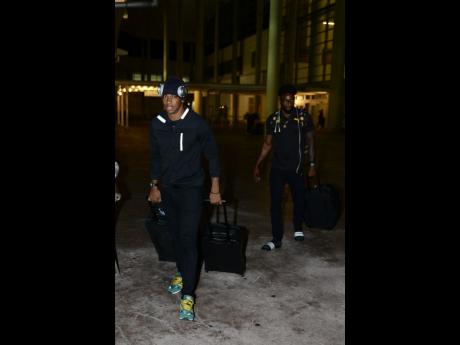 Gladstone Taylor/Photographer Yohan Blake arriving in The Bahamas for the IAAF World Relays. 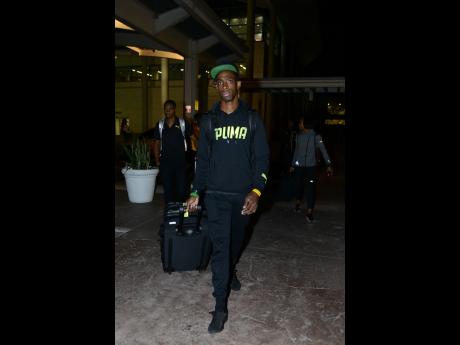 Gladstone Taylor/Photographer Kemar Bailey-Cole (right) and Warren Weir (in background) arrive in Nassau at the Lynden Pindling International Airport ahead of the IAAF Word Relays. 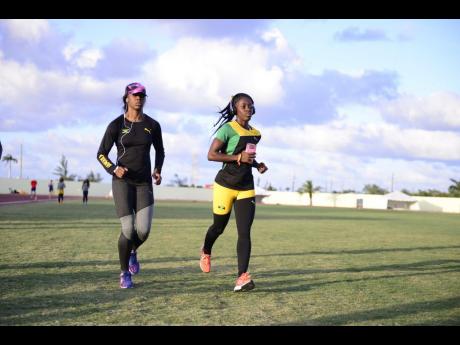 Gladstone Taylor/Photographer Jamaican sprinters Natasha Morrison (left) and Sasha-Lee Forbes go through a light workout at the Thomas A Robinson Stadium's warm-up track in Nassau, The Bahamas ahead of the IAAF World Relays.
1
2
3

NASSAU, The Bahamas
Jamaica will stage its first full training session this afternoon at the Thomas A. Robinson Stadium ahead of tomorrow’s start of the IAAF World Relays here.

The session is set to begin at 1 p.m. Jamaica time after the last batch of Jamaica’s contingent led by 2011 World 100m champion Yohan Blake arrived in The Bahamas last night.

Double Olympic sprint champion Elaine Thompson was among the first set of Jamaican athletes to arrive for the two-day championships.

The Jamaicans, who will be defending the women’s 4x100m and the men’s 4x200m relay titles, which they won at the last staging of the event in 2015, will be contesting seven relays, including the new 4x400m mixed relays event.

Jamaican finished second overall in the teams' standings in 2015 behind champions the USA, who garnered 63 points to Jamaica’s 46, with Poland third with 34 points.