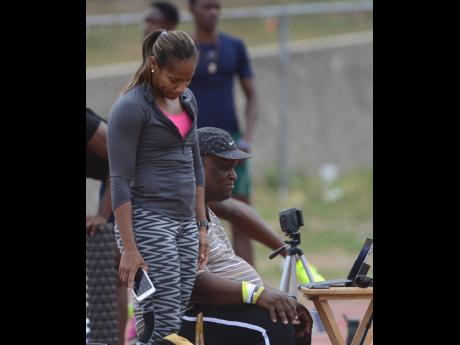 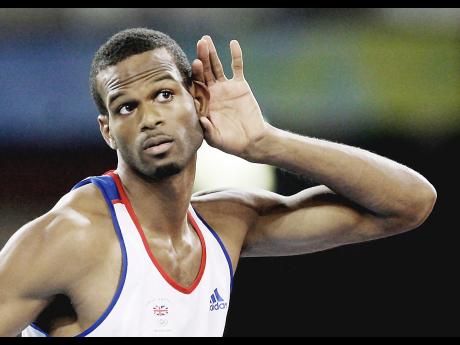 Germaine Mason's fatal early-morning bike crash yesterday sent ripples across the globe as the local and international athletics community mourned the loss of a man who not only distinguished himself in the sport, but was also a friend to some of the island's most recognisable sporting figures.

Mason, who arrived in the island earlier this week to attend carnival, left a downtown Kingston soca party alone aboard a Honda CBR motorcycle around 4 a.m. He was earlier seen partying with close friends, including Usain Bolt and Ricardo Gardner.

The 34-year-old Mason would breathe his last breath less than 30 minutes later some five miles east of the party venue, with Bolt and other close friends learning of the tragedy while on their way home.

Visibly devastated, Bolt who has been extremely close to Mason for a number of years and former Reggae Boyz and Bolton Wanderers star Ricardo Gardner, who essentially grew up with the high jumper, were among those who arrived early on the scene where they were seen weeping uncontrollably.

For Mason, the mangled wreckage provided a haunting parallel of a dreadful end to a life that mirrored his career, which in itself delivered so much, but was also interrupted before time due to stubborn injuries.

Mason, who was due to become a father for a second time in a few months, holds both the national junior and senior records in the high jump event, winning medals at the Carifta, CAC Junior Championships, Pan American Games, World Junior Championships and World Indoor Championships for Jamaica before mining Olympic silver for Great Britain - the nation of his father's birth in 2008.

The impact of his death was also quite evident at the MVP Track Club's training session at Stadium East yesterday morning, where old friend Brigitte Foster-Hylton and former coach Stephen Francis were seen taking their charges through their paces despite the obvious hurt.

"I'm never sure what to say in times like these, but God knows best. I cannot see any explanation why he would take Germaine from us ... but we all have to be strong," said a tearful Foster-Hylton, who, along with Mason, were the first top-level athletes at the club. "We have been together since the inception of my professional career. He is like my brother."

Francis, who had known Mason for more than 20 years - first as a schoolboy at Wolmer's Boys' School before coaching him to Olympic success, was also visibly shaken up by the incident.

"I am, of course, quite sad about what happened. I have known Germaine since he was 13 years old and I coached him up to the point when his injuries were too much for him to continue. We went through a lot together," Francis said, head in hand.

"It is quite sad that he came back to Jamaica to have fun and the fun ended up costing him his life," added Francis.

Meanwhile, technical director of Jamaica's team to the IAAF World Relays in Nassau, The Bahamas, Maurice Wilson, said the team's management will be looking to provide counselling and support to members of the team, some of whom arrived at the site of the accident on their way to the Norman Manley International Airport, while Mason's body was still on the scene.