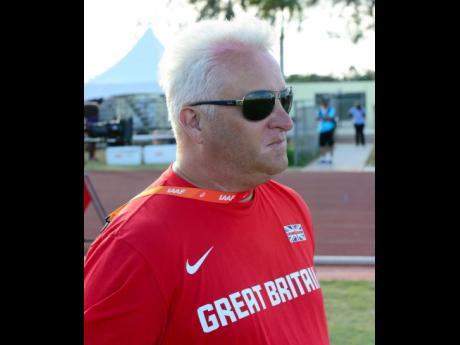 According to reports, at approximately 4:20 a.m on Thursday, Mason was travelling along the Norman Manley Highway when he reportedly lost control of the Honda CBR 600RR motor bike he was riding and crashed about 100 metres south of the Harbour View roundabout.

Maguire said while he has never personally met Mason, there has been obvious disappointment and shock among members of the British team since news surfaced of the Olympic silver medal-winning high jumper's death.

"It is very tragic," said Maguire. "I have never met him (Mason) before, but anybody who has met him and guys in the team are visually upset and shocked by what happened."

"All the athletes who knew him were just very visually shocked when they heard the news of his passing," Maguire said.

Maguire added that Mason's death is a major loss not only to the British team, but also to international track and field.

"It is a massive loss. I spoke to the coach who used to coach Germaine and he was very sad and very disappointed about his death," Maguire said.

"All the guys on the team are saying that he was such a nice guy and such a vibrant character. They said he was always brilliant around the team and so it is a very sad loss," added Maguire.

Mason matched his personal best of 2.34m to claim silver for Great Britain at the 2008 Olympic Games in Beijing, China, after he had switched allegiance from Jamaica in 2006.