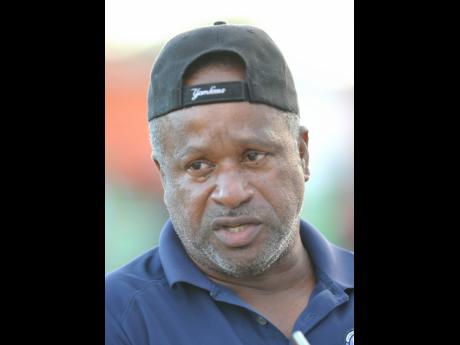 Portmore United, last year's Red Stripe Premier League's beaten finalists, could have undermined their chances of going one better this year with their untimely separation from technical director Lenworth Hyde.

Hyde, according to sources, was informed on Thursday last by Mrs Donna Ming, wife of Herman Ming, who founded the club under its original name, Hazard. Mrs Ming, the Sunday Gleaner was informed, brought Hyde on board in October to assist Coach Linval Dixon as two other members of last season's coaching staff, Andre Waugh and Geoffrey Hewitt, were not re-engaged.

In an attempt to get confirmation, Hyde was contacted, but he declined to shed any light on the matter. While not denying that there was a separation between himself and the club, Hyde said he had no comments to make.

"I am neither in a position to comment on the situation nor do I wish to. You will have to speak with Mrs Ming or someone in the leadership of the club," Hyde said tersely.

Pressed further, Hyde again referred the Sunday Gleaner to Mrs Ming, expressed thanks for the call and said he had to go.

The Sunday Gleaner called the phone of Mrs Ming no fewer than five times, but on each occasion, it rang and eventually went to voicemail.

Hyde, one of the more successful coaches in the league, having led Tivoli Gardens, Portmore United and Harbour View to the title, was said to be very popular with the players and his departure has caused a division in the squad, the source also said.