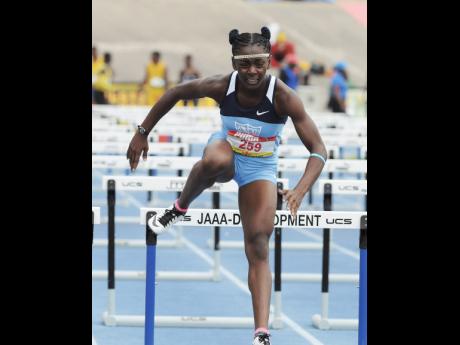 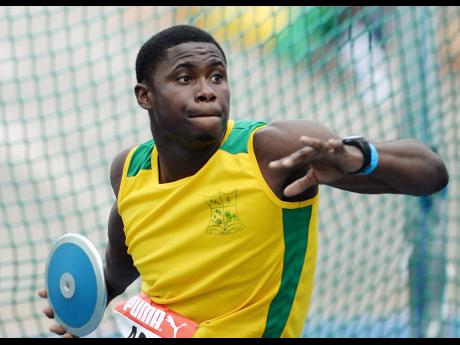 Following outstanding performances at last month's ISSA-GraceKennedy Boys and Girls' Athletics Championships and the Carifta Games in Curacao, we could see another series of powerful performances for Jamaican high-school athletes in individual events when the Penn Relays get underway this Thursday in Philadelphia, Pennsylvania.

Two Jamaicans in Edwin Allen's Gabrielle McDonald and Nicolee Foster of Holmwood Technical are set to battle it out in the Championship of America High School 400m hurdles event for girls, with action slated for this Thursday.

McDonald, who seems to have peaked at the right time following success at Champs, where she upstaged Foster to win the Open event in 56.53 seconds, is the top seed in this event. However, Foster, who was a close second in 56.65 seconds and who won the Under-20 event at the Carifta Games in 58.84 seconds, cannot be taken lightly, but, between the two, Jamaica looks set to continue their dominance here.

Edwin Allen's Fiona Richards, following wins at Champs and at the Carifta Games, with record throws of 53.04m and 54.19m in the discus event, should also have her way here.

Tissana Hickling (St Jago) has been consistent in both the triple and long jump competitions this season, but will be doing the long jump at the Penn Relays this year. She will also be confident of registering a big mark here after producing distances of 6.27 and 6.22 metres in negative wind at Carifta and Champs.

Vere Technical's Lamara Distin and Edwin Allen's Jonique Burger have been consistent all season in the high jump. Distin, the top female jumper so far with a 1.80m clearance done at the Digicel Grand Prix final, could go all the way to make up for her somewhat disappointing silver medal at Carifta in the Under-18 event.

Following his performance at the Carifta Trials early in March, where he defeated overseas-based Ronaldo Griffiths, St Jago's Timor Barrett, who won the Class One 400m hurdles event at Champs with a sub-52 seconds effort, was the favourite to win at Penns. However, Griffiths, who turned the tables on Barrett at Carifta in winning in 52.01 seconds, will be competing for his New York High School team at Penns, and both are expected to fight out the finish here. Several other Jamaicans, including Calabar's Akyeeme Francis and Jamaica College's Malik Smith, are also down to compete.

St Jago could have a good meet as Lushane Wilson, with a season best of 2.08 metres in the high jump, and Roje Stona, in the discus, have a good chance to win their events.

Both Kevin Nedrick of Petersfield High and Carey McLeod of Kingston College could add to a likely good showing for Jamaica in the field by winning their respective events. Nedrick, following wins at Champs with a record heave of 20.05 metres in the shot put and 19.29 metres at Carifta, looks good here, while McLeod could dominate the long jump. He won the event at Carifta with 7.62 metres and will renew his rivalry with The Bahamas' Martin Holland, who was second with 7.33 metres.