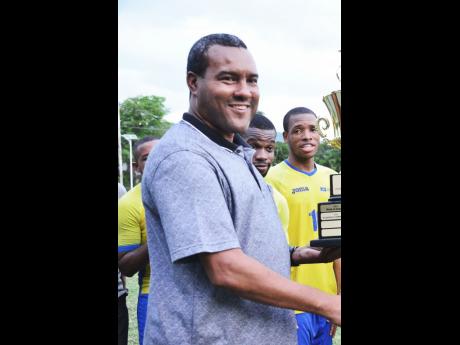 President of the Kingston and St Andrew Football Association (KSAFA) Wayne Shaw is sharply questioning the viability of top-flight football participation and is pointing to a planned confederation academy as the answer to financial issues faced by local clubs.

He also revealed that the association's under-13 competition will be sponsored by NestlÈ with an opportunity to partner with La Liga giants Barcelona also being presented as a part of the agreement.

Shaw, shared that his administration is looking to raise $40-$50 million towards the establishment of an academy for young footballers from KSAFA, which he hopes will form the nucleus of a new technical set-up, which also includes the recent appointment of former national assistant coach Miguel Coley as the confederation's technical director.

The administrator underlined that the economic constraints faced by local clubs and the limited return from Premier League participation demands that clubs and associations focus on developing talents for other markets in a bid to survive and thrive.

"We are trying to set up an academy," said Shaw. "Our focus will be to ensure that we develop the players so that we can then sell them overseas because spending $20-$30 million to win two million is not going to make it so that is the focus of KSAFA right now."

Shaw notes that plans are still at the embryonic stages, but believes it's extremely paramount that footballers are prepared and made ready for overseas leagues from an earlier stage.

"We have just, started and we have met with private sector partners because it's going to take some $40-$50 million so it's a lot of money, but if in six years' time or so you can sell a couple players, you will make it back very quickly," he said.

"We plan to have the players in camps - something like what he JFF does with the national Under-17 team. We have to be serious because this is how the Real Madrid, Barcelona and these teams (develop players). It doesn't make sense we try to develop players at 17 and 18 years old to go overseas, we have to start younger," said Shaw.

It's on that note that he revealed a sponsorship of the KSAFA Under-13 competition and mentioned a partnership with sponsors NestlÈ and football powerhouses Barcelona.

"We have secured a sponsor for that competition (Under-13) and that will be Nestle through their Milo brand," said Shaw. "Nestle worldwide and Barcelona are in tandem and they are looking five young players to go over the Barcelona and they will select players from our competition so we have wrapped up that sponsorship."