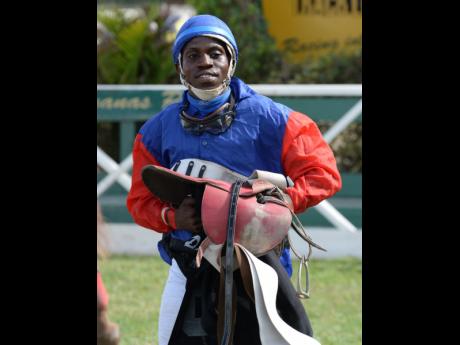 TWILIGHT DREAMS, the surprise package of the recent 2000 Guineas, reports well trained as the horse to beat in this afternoon's Simply Magic Cup at 1820 metres.

Out for the third time and sent off a rank outsider at odds of 99-1, TWILIGHT DREAMS ran the 2000 Guineas as though he was one of the favourites.

The chestnut colt showed speed and pace to chase LOOSE CANNON from post-position one in a maximum 16-horse field, matching strides with SECRET TRAVELLER, while eventual winner FEARLESS SAMURAI tracked the pace from fourth.

TWILIGHT DREAMS was still running strong a half-mile out in the one-mile Guineas before being passed by FEARLESS SAMURAI, who went after stablemate LOOSE CANNON three and a half furlongs out.

Though relegated to third, TWILIGHT DREAMS stayed third into the lane, chasing splits of 1:11.3, and wasn't joined by another horse until MARKET FORCE came with his run a furlong and a half out.

Still showing fight TWILIGHT DREAMS actually improved into third with a half-furlong to run, going past a weakening LOOSE CANNON, almost as a team with MARKET FORCE, who started a late charge at FEARLESS SAMURAI.

TWILIGHT DREAMS stayed third to the last quarter-furlong before being relegated to fifth by SOTOMAYOR and RADICAL closing from off the pace, beaten by a little less than six lengths.

With his class exposed in the 2000 Guineas, TWILIGHT DREAMS returned to gallop seven furlongs in 1:28.2 eight days later, proving that he came out of the race none the worse, the only Guineas horse, fillies included, to have galloped so early after the opening classics.

Down to carry 115lb and clearly the controlling speed this afternoon, the only question is whether TWILIGHT DREAMS will stay two turns.

Apprentice Odean Edwards slips two kilos, making TWILIGHT DREAMS one of the lightest runners in the 12-horse line-up, returning 11lb lower than his Guineas outing two and a half weeks ago.

He stayed on well enough at a mile with 126lb, against the best colts and geldings in the Guineas, to be given the benefit of the doubt in a weaker field.