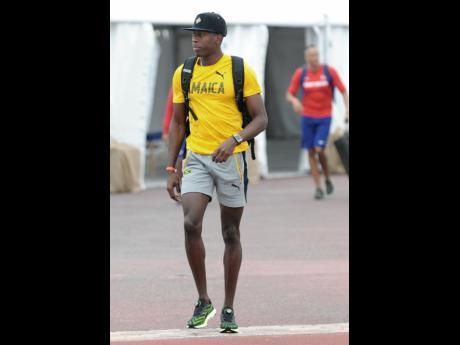 Checks reveal that Francis has a minor hamstring strain. This niggle may well rule him out of the Jamaica team for the USA versus the World 4x400m event on Saturday at the Penn Relays.

Francis, the Jamaica champion in both 2015 and 2016, laboured through his second-leg duties at the World Relays in an unofficial split time of 45.9 seconds. By comparison, his brisk anchor-leg circuit for the Akan Track Club at the Gibson McCook Relays in February was timed in 45.1 seconds.

With him on the sidelines, Peter Matthews, Demish Gaye, Martin Manley and Steven Gayle took the bronze in 3 minutes 02.86 seconds at the World Relays.