If splits could talk 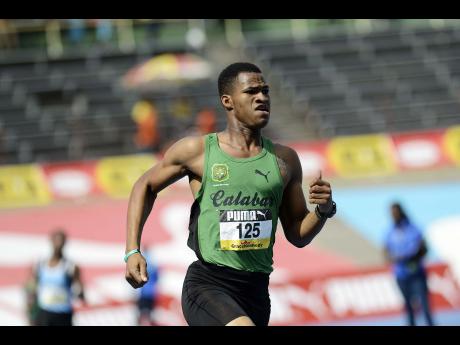 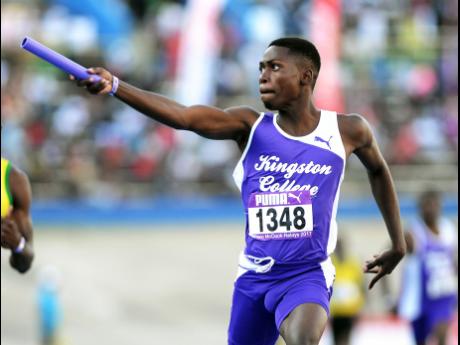 If relay split times could pick 2017 all-schools 4x400m teams, the result would be mighty impressive. That may never happen. However, with the boys' 4x400m ending Jamaican participation in the 123rd Penn Relays on Saturday in Philadelphia, the best splits per leg of the current season give a hint at which Jamaican high school runners are the best baton carriers of 2017.

1st leg: Anthony Carpenter is by far the best schoolboy first leg runner and proved it at Boys and Girls Championships by giving Calabar High a 46.6 second start. That compares well to his personal and seasonal best of 46.53 seconds.

2nd Leg: Dashawn Morris hustled Kingston College (KC) to the fore in the heats at the Gibson-McCook Relays. The result was a 47.2 second leg. KC moved him to the anchor leg for the final but got another 47.2 second leg, this time from Tyreke 'The Jet' Bryan.

3rd leg: If full fitness is assured, KC would have a third member on this all-split team. Jhevaughn Matherson turned heads with a nippy 47.0 circuit for the purple-and-whites at the Western Relays.

Anchor: Bryan could make the team if Morris moved to anchor but that spot belongs to Christopher Taylor of Calabar. Taylor cruised to splits of 46.5 and 46.6 for his school at the GC Foster Classic and at Boys and Girls Championships and zoomed 19.7 for the first half of a losing 46.4 second anchor for Jamaica at the Carifta Games.

Yesterday, he made up a deficit with a 46 flat anchor. His run brought Calabar home in a record time of 3:08.59 seconds.

With Matherson recovering from injury, the split fantasy selectors could call on STETHS anchorman Rayon Butler. He stepped to a flying 46.6 anchor in the heats at Champs. Butler, the class one 800m winner, added a 46.8 second closer added in the final.

The numbers suggest that the Carpenter - Morris - Butler - Taylor quartet would speed to a Jamaica and world high school record time of 3:04.70 seconds.