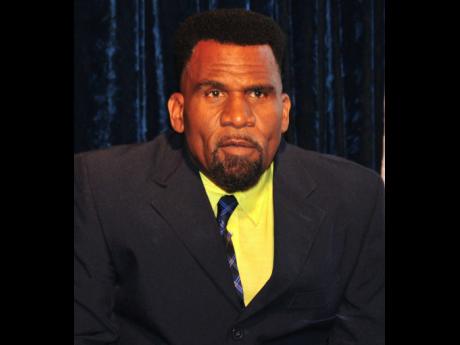 The outspoken and eccentric Powell has been the proverbial thorn in the side of football officialdom in Jamaica.

At the time, the voices and actions of resistance resonated loudly across the western football fraternity. But two national league titles in six years, and an appreciative Montego Bay football fraternity now appears to be fully sold on the vision.

En route to the second of those league titles last season, Powell led his team in a controversial protest leading up to the grand final in his home city, after accusing the league organisers and sponsors of disrespect, after decisions relating to the scheduling and organisation of the big game were taken without what he called then, "proper consultations" with Montego Bay United.

The quarrel this season has been ongoing for several months after Powell, in reaction to last season's fall out, again dared to step out of the box in seeking to leave the clutches of the Premier League Clubs Association (PLCA). In doing this, he sought to get away from what he sees as the restrictions which limit the potential of the club of exploiting independent sponsorship deals. All this, while being restricted by the PLCA stipulations which prohibit individual clubs from accepting sponsorship outside of that shared by the current twelve team pool .

It was the pursuance of this exit process that led to the current stand off as Montego Bay United and Mr Powell are now claiming that having not successfully executed their exit of the PLCA, the club is still entitled to the pool sponsorship benefits from the association, which of course have not been forthcoming. That controversial saga continues.

On the face of it, Powell appears to be a monster and a disruptive element for the local football establishment.

He dares to have and express independent thoughts, and is driven by his obvious passion for the sport and a vision for its betterment.

Powell does not depend on political and nepotistic favours in the running of his club and the expression of his ideas.

He speaks his mind and defends what he believes in. He may not always be right, but I think Jamaica's football needs more Powells to revolutionise and rescue it from its current doldrums.

For far too long it has been business as usual in the administration of our football. The local game and the local product is begging for more independent thinkers who are not compromised puppets, pan handlers and mendicants, which Mr. Orville Powell certainly is not.

The fact of the matter is that the local football fraternity has become docile, lazy, and lacking in ambition, basically resigning itself to an inferior status and an inferior state of mind. Whenever an independent voice with a vision such as that of Powell is heard, it tends to stick out like sore thumb amidst the servile "yes men" and "pencil pushers" and invariably attracts ridicule and condemnation. Powell dares to operate contrary to the defeatist protocol and is predictably being unfairly vilified.