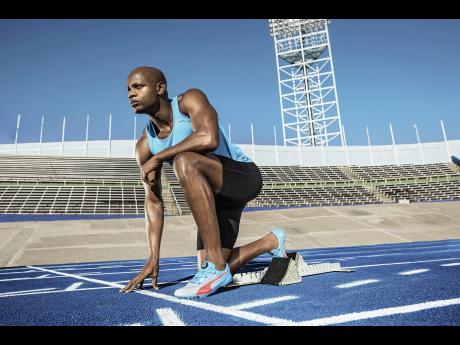 Former World record holder and one of the five fastest men in the world, Asafa Powell, is thrilled after he was officially named a Guinness World Record Holder.

The Jamaican sprinter and Olympian has been named the current record holder for Most Competitive 100m Sprint Races Completed in Sub-10 Seconds, meaning that no sprinter in history has gone below 10 seconds more times that the 34 year-old Powell.

"It was fantastic to hear that I am back in the Guinness Book of World Records," Powell told The Gleaner yesterday.

The sprinter, who will this season be looking to feature in his fifth World Championships after competing in Paris (2003), Osaka (2007), Berlin (2009) and Beijing (2015), says he is eager to add to his tally and extend his amazing record.

With 97 sub-10 seconds runs under his spikes and last year's Diamond Trophy in hand, Powell is heading to the IAAF Diamond League opener in Doha, Qatar, alongside 16 reigning Olympic and World Champions plus 44 global medallists, all of whom are competing in the Qatar Sports Club on May 5.

Powell heads to Doha looking for his 98th run and to add another diamond to that sub-10 crown.

"I am hoping to break my own record again and again this season, and my journey to 100 begins on Friday. I can't wait to make history again!" Powell added.