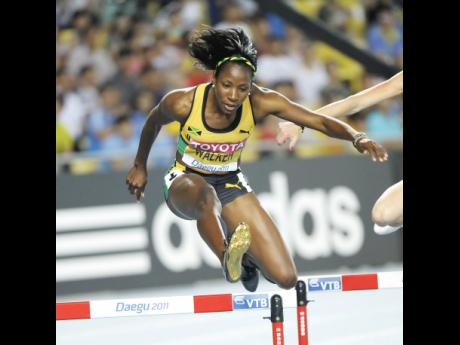 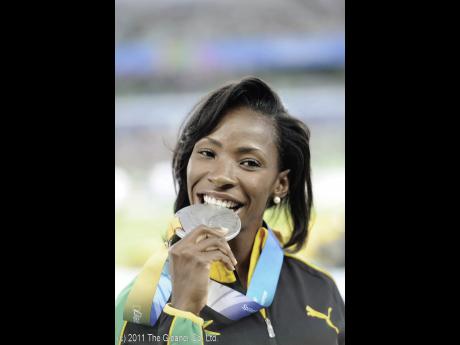 Despite admitting that she still holds ambitions of breaking the 400m hurdles world record, experienced Jamaican hurdler Melaine Walker is still hunting her dream of competing at the highest level in the 100m hurdles.

Walker, who turned her back on the one-lap hurdles event in 2013 at the height of her powers after winning Olympic and World championships gold in the event, has struggled to match that success in the 100m hurdles, but remains unperturbed by the challenge of making her mark in an event that she considers closest to her heart.

'DOING WHAT I LOVE'

"I feel great, and part of the reason why I'm feeling great is because I am doing what I love," Walker told The Gleaner from her Altis World training base in Phoenix, Arizona, where she is being conditioned by Andreas Behm, who also coaches 110m-hurdle world record holder Aries Merritt and Queen Harrison.

Walker's 400m personal best of 52.42 seconds done in 2009 on the way to World Championships gold, is only bettered by Yuliya Pechenkina's world record of 52.34 seconds. Also, no woman has run under 52.80 seconds more than the Jamaican, and given the times being posted in the event these days, Walker is confident that she can still take a shot at the world record - even if her immediate focus is achieving self-fulfilling success in the shorter hurdling event.

"It's not a regret, it's just that stuff never worked out for me. From the beginning I always wanted to do both events, that's all I wanted to do - to be able to run the 400m hurdles and the 100m hurdles at times, but based on where I was and how stuff were, it just wasn't working out in my favour," added Walker.

"I feel like I have accomplished a lot in the 400m hurdles. Since I have stopped running that event I haven't seen anyone do anything spectacular and I can always say that at any given time running that event, I am able to pull out a 52 or pull other people to run their best," said Walker, whose point is backed up by the fact that no one has gone sub-53 seconds since 2013.

"I want to run both events, I want to go after the (400m hurdles) world record but I am still trying to get a self fulfilment for Melaine and I want people to understand that. It has nothing to do with anyone, I am not trying to hurt anyone, I am just trying to kind of get a self-fulfilment and happiness from the heart for myself in this event (100m hurdles) and I feel like if I get to a place in this event where I am comfortable, I am still going to be working to approach the 400m hurdles with the mentality of trying to get the world record," added Walker.

It will take some effort for her to make a mark in the 100m hurdles though.

" I feel very good with technique and stuff but with more racing the times will drop. Everything is going pretty good, I'm happy with my hurdling and I'm hoping I will be able to drop the times and run faster so I will be able to show up in trials. I am not going to show up there to get beaten, I am a competitor that's just how it is, so If I am in tip-top shape and ready to show what's up with Melaine," said Walker.