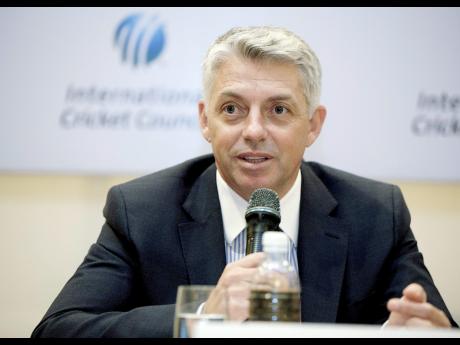 The International Cricket Council will consider expelling the US federation at a meeting in June following a failed two-year process to unify the running of the game in America.

The ICC board on Monday said it had decided the full council should consider expelling the USACA and a resolution to that effect will go before the entire membership in June.

The USACA is a second-tier Associate member of the ICC but has been under suspension since 2015, its third suspension in 12 years.

"The board ... does not believe USACA genuinely exercises authority over the sport in the USA and that it instead, for a variety of reasons, presides over a severely fractured community with only a small number of cricket leagues subscribing to its membership and the vast majority not choosing to join the federation," the ICC said in a statement. "The sport has been fractured in the United States for some considerable time and the board had previously determined that this was unacceptable and needed to be remedied."

The ICC said it established an advisory group to work with cricket administrators in America but the USACA had failed to engage in the process and failed to put an ICC approved constitution to its membership.

"Our focus throughout this two-year process has been on the unification of the USA cricket community behind USACA to grow and develop the sport, but it has become clear that this is just not possible," ICC chief executive David Richardson said in the statement, adding that the board thought the only remaining option was expulsion.

Richardson said the USACA would remain a member of the ICC until the June meeting, but would remain under suspension.

The 33-year-old Kaushik moved to the US from India seven years ago and is vice-captain of the US team after qualifying on residency rules. The bulk of players in the representative team are originally from countries such as India, Pakistan and around the Caribbean that are among the traditional powers in cricket.

On its website, the USACA says it has 32,066 players participating in senior and junior cricket at 1,100 clubs and with 488 cricket grounds.