I'm getting a raw deal 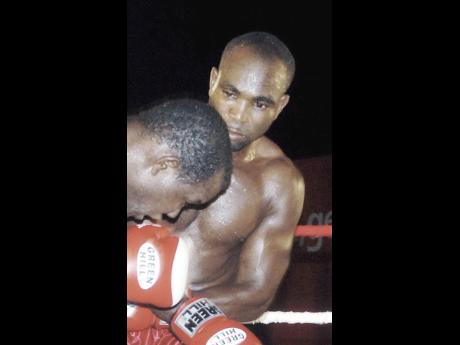 Local boxer Tsetsi 'Lights Out' Davis has said that he feels he has been treated harshly by the Jamaican boxing fraternity, which includes both officials and fans of the sport.

Davis is currently waiting to hear if an appeal by Canadian fighter Dave Leblond, whom he beat in his opening round Wray and Nephew Contender Series bout three ways ago, will result in him being forced into a rematch.

He told The Gleaner that he feels he is not a very liked fighter, because of what he claims he has been put through in his career over the past year.

This includes not only awaiting the appeal, but also having to hand over his match earnings after beating Leblond, as a fine for not making weight, the day before. "I'm getting a raw deal." Davis said.

Davis said that fans at the Chinese Benevolent Association auditorium on the night of the fight were booing him and cheering for Leblond by shouting "Canada" did this because they felt threatened by him.

"The people who booed me, those are the haters. You have people in it that them bringing (favour) and they fear me.

He added that some boxers are getting favours from officials.

"I don't have that relationship (like other boxers). Maybe because me is a one away guy."

Jamaica Boxing Board of Control president Stephen 'Bomber' Jones declined to get into a debate about whether certain boxers are favoured but spoke about the appeal.

"It's not the JBBC's decision to have an appeal, it's never personal" he said. "It's a matter of having certain rules and everybody abiding by it. "

However, Davis said he will not let the matter rest if it results in a rematch.

"If they (Leblond's team) gonna make a big fuss out of it, we take it to court. Because I know I won the fight. They judged the fight in my favour. I'm not supposed to fight a guy two times. I'm not proving anything. I won the fight!"