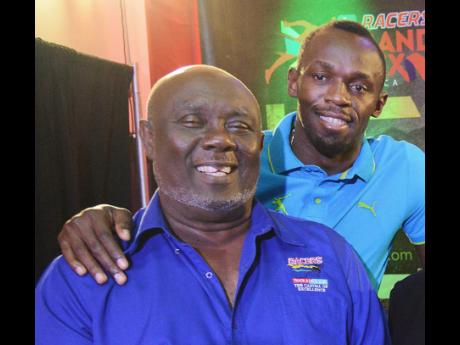 President of the Racers Track Club, Glen Mills, is not surprised that there has been a high demand for tickets to this year's JN Racers Grand Prix.

Tickets offered online for the grandstand were sold out within hours after they were put on sale Monday.

"We figured that the occasion is a historic one, and when you have somebody who has contributed to sports and the world in general at the level of Usain Bolt, then it certainly would have a lot of people wanting to be a part of history," said Mills.

"We are very happy that the public has responded in that kind of way. It is important to know that the tickets taken were those that were put online," he said.

Mills added that a number of grandstand tickets will available on June 5 locally at JN outlets islandwide.

"There is a limited amount (grandstand tickets) left. These will be sold to the public at the various outlets," Mills said.

"We have a very small grandstand and we have a large demand and so we try to spread it as much as possible," he said.

'SALUTE TO A LEGEND'

The meet, which has been dubbed 'Salute to a Legend', will be the final home race for Jamaican sprinting icon Usain Bolt, who has announced that he will be bringing an end to his illustrious career at this Summer's World Championships in London.

Bolt will have a host of global stars for company at the June 10 meet set for the National Stadium after the confirmation of Olympic champions Mo Farah, David Rudisha and Wayde van Niekerk.

Mills stated that meet has attracted some of the world's most famous stars and so he is expecting a very exciting event.

"Based on the bulk of the nations and the interest we have seen, we expect a jam-packed stadium and we are working on a great product," Mills said.