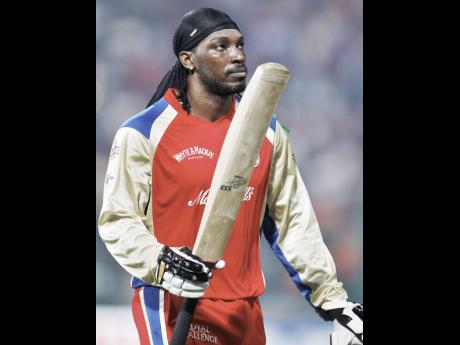 Chasing a paltry 139 for victory at the M Chinnaswamy Stadium, RCB folded meekly for 119 off 19 overs to lose for the ninth time in 12 outings and remain bottom of the standings on five points.

Opener Mandeep Singh stroked a top score of 46 from 40 deliveries while Pawan Negi chipped in with 21 from 23 deliveries, but no other batsman passed 10.

The left-handed Gayle's poor form continued when he was dismissed without scoring with the total on one off the fourth ball of the innings, edging a slash at seamer Sandeep Sharma (3-22) to point.

Gayle has now managed scores of seven, eight and zero in his last three innings and has garnered a mere 152 runs at an average of 21 this season, with one half-century.

Earlier, Axel Patel smashed an unbeaten 38 off 17 deliveries to help rally Kings XI to 138 for seven off their 20 overs after they were sent in.