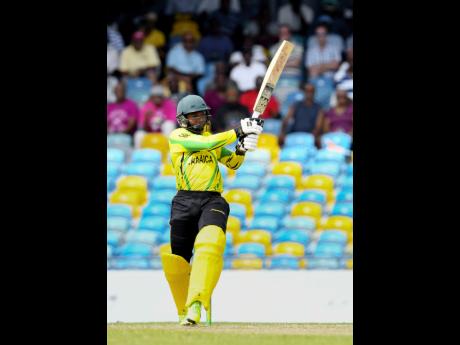 Reigning champions Melbourne will begin the defence of their two-day Jamaica Cricket Association Senior Cup title with a match-up against Clarendon CA at Melbourne Oval today.

Set for a 10 a.m. start, the Zone A fixture will also be one of three in Zone A and 11 across the competition that will be contested in the opening round.

To be led by Jamaica batsman Andre McCarthy, Melbourne, under new coach Andrew Richardson, are set to start the encounter as favourites given their roster.

"The team has been training hard and is looking forward to defending our title," stated McCarthy.

"This has been aided by our new-look outfield, which has been renovated, and has provided quality practice.

We just hope we can go in the encounter, express ourselves the Melbourne way, and hopefully get off to a winning start."

Clarendon, in the meantime, which has never won the Senior Cup, and have struggled over the years to be competitive, are set to look to their former West Indies pace bowler and captain, Krishmar Santokie to provide inspiration.

Elsewhere in the zone, perennial title-challengers Kensington CC will welcome a Portland CA outfit that has flattered to deceive over the years, while Lucas and Boys' Town will do battle at Nelson Oval.

Over in Zone B, last year's beaten finalist St Thomas with captain Carlton Baugh Jr, Gavon Brown and Keno Wallace are expected to get the better of minnows Kingston and St Andrew at Factories Oval.

Manchester will host Police at Manchester and one-day kings St Catherine CC with national batsmen Danza Hyatt and Oraine Williams, as well as fast bowler Brian Buchannan in their line-up, and G.C. Foster will do battle in the zone's other matchup.