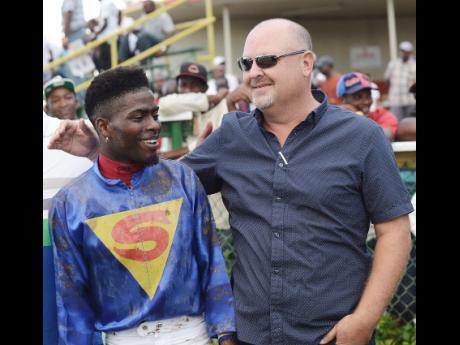 In his last 10 starts, the five-year-old chestnut beat the level three times, losing twice but under forgivable circumstances, one of which was in this very race last year, outclassed by BUZZ NIGHTMARE in a rapid-fire 57.1.

ROYAL ASSAULT's other loss in overnight allowance was last October when he had returned off a near five-month lay-up and finished third behind PROLIFIC PRINCESS and DREAMLINER at 1200 metres.

Though he returns off a similar lay-up tomorrow, ROYAL ASSAULT, remains the class horse in the 12-horse field. When last raced on November 30, he beat none other than speedy TALENTED TONY K, which should have taken him out of the class.

However, having not raced since, qualifies him to return to the level whereas he should really be facing open allowance company.

Though lightly raced and seemingly doing nothing much at exercise, ROYAL ASSAULT must not be taken lightly. After returning from his lay-up in October and placed third, he returned two weeks later in grade one and was fourth behind CAMPESINO, BUZZ NIGHTMARE and CHACE THE GREAT in the Caribbean Sprint.

This afternoon, he faces race-fit horses such as FORCE DE JOUR, VISION and DANCING QUEEN breaking from gates seven, nine and 10, respectively, on a racing surface which should be running a bit heavier after being sanded last weekend.

Class aside, a heavier track should be a plus for ROYAL ASSAULT, considering he is drawn widest at post-position 12, the more compact part of the track. Though carrying 56.0 kilos, he is a proven cut above his rivals and should be the horse to beat/

If ROYAL ASSAULT is, indeed, rusty, Philip Feanny's DANCING QUEEN, carrying only 50.0 kilos, is dangerous. She is better than VISION and has the jump in the handicaps on FORCE DE JOUR, who is down to carry 55.0 kilos.