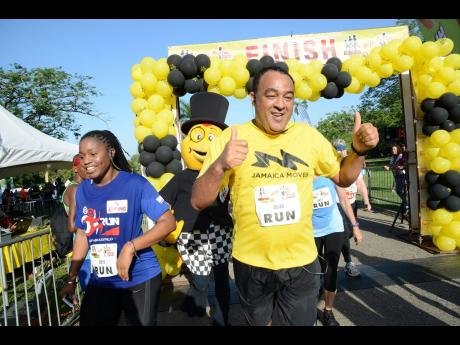 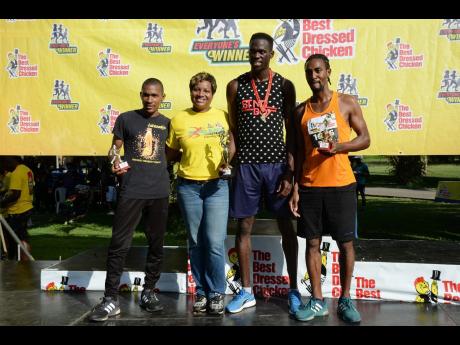 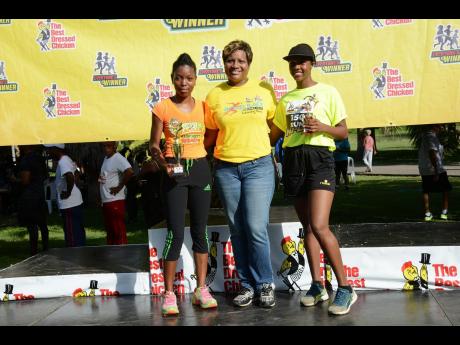 Futsal lovers will have a chance to share $US1,300 in the Sharkies Futsal competition which runs from June 4 to June 27. Sharkies Seafood establishment, the sponsors of the tournament, is located in Runaway Bay, St Ann.

There will be two matches per night on Tuesdays and Sundays. First place will pocket US$1,000, second place US$300, plus trophies and other prizes.Registration deadline is May 26 with an entry fee of US$10, 10 persons per team, only five on pitch during game. jersey tops will be provided and the competition will be governed by international futsal rules. A maximum of 16 teams will be accommodated in the competition.

Defending champions Fort International sent a message to the rest of the league that it will not be easy to dethrone them as they toppled a strong Links United team 300-288 in the 15th round of the City of Kingston Cooperative Credit Union Portmore/St Catherine Domino League last Sunday.

With the win, Fort International moved up to second place on 50 points, second only to Eradication (52 points), who beat Felluchi Strikers 300-291. Links and Waterhouse are also on 50 points apiece.

Jeremy Nelson, the previous week's hero when he netted twice against Tru-Juice in the second-leg semi-finals, opened the scoring in the 56th minute and when Sporting Central sent all their players upfront in the final minutes, Andrea Hutton sealed the win in the 90th minute.

The win gives Rivoli the opportunity to return to the Red Stripe Premier League as they qualify as the South Central Confed's entrants in the National four-team play-offs later this month.

Downs, Ricam on top in Pat Anderson U-17

Following midweek matches, Downs and Ricam Academy remained unbeaten and kept their ding-dong battle at the top of the Moorlands Development-sponsored Pat Anderson Under-17 competition.

Both have 15 points from five games but Downs still have a far significant goal average. Downs won 2-1 against Belair Academy this week, only the second time they were conceding a goal. However, Ricam were most impressive when slamming Comfort

6-0 to significantly cut the gap in goal difference. Their performance was largely helped by the hat-trick of their top player, Marlondo Maxwell, who is also the parish's lone national youth player. Maxwell has now scored five goals in two games.

Third place is jointly held by Mile Gully and Porus, who recorded victories against Silent Hill (3-1) and Studds (2-1), respectively.

Los Perfectos and Old England will contest the finals of the Jamalco-sponsored Manchester Division One football competition at Brooks Park. Start time is 3 p.m. with allocations made for extra time and penalties.

The finalists were decided two weeks ago but have had to wait this long as the venue was being used for the annual 'Men Who Cook' function last Sunday.

In the final second-leg semi-final exchanges, Old England won 5-2 against Plowden to advance 7-4 on aggregate while Los Perfectos beat Silent Hill 2-1 to advance 3-2 on aggregate.

After a colourful but simple ceremony at the Roman Catholic diocese at the Mt St Joseph High School on Manchester Road, well known Mandeville businessman and sports personality Harrison Chin Hing was laid to rest.

'Harry', as he was affectionately called, died last month at the age of 61 after a long battle with cancer. He was known for his dealership in all kinds of glass supplies and repairs, and also in sporting circles for his enthusiasm and skill in karate and the development of pistol competition, especially at the Woodleigh range in Clarendon.

Despite his illness, he competed consistently on the circuit, and up to early this year was in the line-up of a number of shooting competitions at the Jamaica Rifle Association in Kingston, the Manchester Rifle and Pistol Club's range in Mandeville, and more prominently at the Woodleigh range in Clarendon, where he was one of the chief organisers and stage developers.

In paying tribute, the Manchester Rifle and Pistol Club, through its president Orville Henriques, praised Chin Hing's positive mental strength, personality and the role he played in pistol sports.

"Harry will be remembered for the remarkable poise he showed while being ill," Henriques said.

"You could never know he was very ill by his demeanour and he stayed calm and jovial while competing. He knew the sport well as he was good at setting simple but creative stages, even to international standards. He later developed as a firearm trainer for new owners, but even during matches, Harry was always keen to pass on any tips to fellow competitors. His personality allowed him to build friends at all the ranges in Jamaica."

The Manchester Rifle and Pistol Club will host its first night shooting competition of the year tonight at its Lincoln range in Mandeville.

The event has been dubbed 'Lights Out'. Shooters will be required to shoot only in the dark at targets placed at strategically safe locations.

There will be five stages for all of 60 live rounds. In a bid to keep the duration of the match to an hour, the organisers have announced there will be six shooters per squad.

The match has also been highlighted as a trophy match with incentives provided from first to seventh. Food will be free for all competitors.