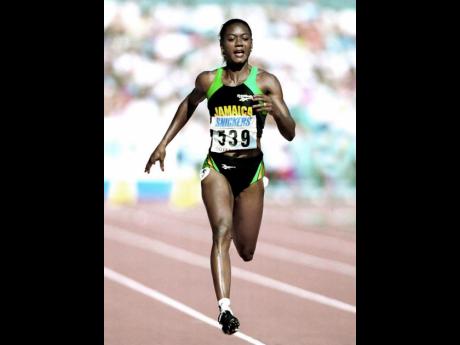 Don't expect easy passage of the suggestion of a track and field world record wipe.

Based on the response by the International Association of Athletics Federations (IAAF) to a similar suggestion earlier this year, adoption of a European Athletics Association proposal is unlikely. If the earlier response is anything to go by, the IAAF is concerned about penalising clean athletes.

In January, the International Sports Press Association (AIPS) had suggested that a world record cleanse "would be healthy to begin a new era of athletics that would give hope to coming generations". The suggestion came in an open letter to IAAF president Sebastian Coe from AIPS president Gianni Merlo.

In response, an IAAF letter accepted that "systems have, in the past, produced athletes that have probably not achieved records legitimately".

"However," the letter continued, "that's a very different thing from penalising clean athletes who have gone about breaking records based upon the hard work and dedication during their young lives, with clean coaches and clean federations."

Noting that there was a similar proposal from UK Athletics, the governing body of the sport in Britain, the letter defended clean records.

"If the records list is scrapped," it essayed, "not only do these clean athletes risk losing their place in history, they face the implication that their records have not been achieved cleanly."

The European Athletics proposal calls for a cleanse of records set before 2005. Applied to the Jamaican track and field records list, such a move would erase many national standards. These include Merlene Ottey's 200 metres mark of 21.64 seconds. Lorraine Fenton's name would disappear, along with her national 400 metres record of 49.30 seconds. The same would happen to Winthrop Graham and his 400 metre hurdles record of 47.60 seconds.

The record wiping proposal is likely to be on the floor for discussion when the IAAF assembles in London for the World Championships this August.