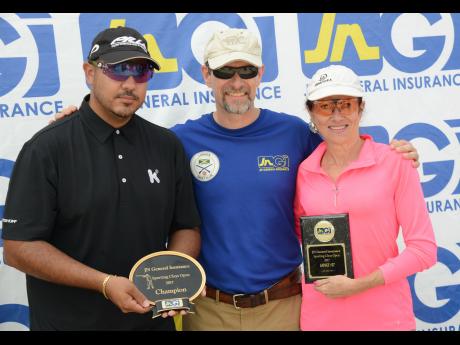 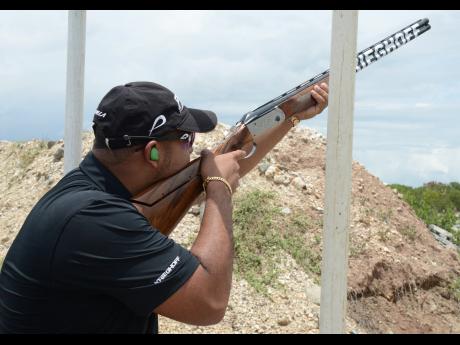 Sasso won the title after he recorded a top score of 93, ahead of second runner-up David Subaran, who shot 91.

Sasso, who was winning the tournament for the first time, was very pleased with his performance.

"It feels good because it's been a little while since I won an overall tournament here, and so I feel good about that," said Sasso.

"The course wasn't too difficult, but you had to keep focus for most of the course. Most of the birds that I missed were the easier ones, and so I felt like I could have done better," Sasso said.

Harris won the female section with an overall score of 70. ReneÈ Rickhi was second with a score of 65, while Yasmin Eyre finished with of 57.

Harris said she was happy with her efforts. "I feel good because it was a good tournament," she said. "I had a bad start, but I finished well. It was a challenging course and so you had to concentrate," she said.

Bruce DuQuesnay won the A Class category with score of 90 while Chad Ziadie finished runner-up with a score of 87.

Jeffrey Panton captured the B Class with a top score of 85 ahead of Zachary Chen, who shot 82 while Demshire Wilson was third with 80.

Zachary Lazarus took home the junior title with a top score of 83. Nikolai Azan finished second with 82, while third went to Matthew Josephs who shot 77.