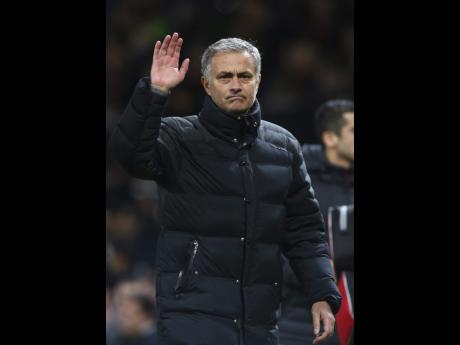 Defending champion Novak Djokovic recovered from a 3-0 deficit in the third set to defeat Nicolas Almagro 6-1, 4-6, 7-5 and reach the third round at the Madrid Open yesterday.

Djokovic rallied in the final set by breaking Almagro to go up 6-5 and served out to earn his 15th win of the season in over two hours. The victory left Djokovic on track to play a semi-final against four-time Madrid champion and home-crowd favourite Rafael Nadal, who struggled in a 7-6 (3), 3-6, 6-4 win over Fabio Fognini of Italy in just under three hours.

Nadal will play Nick Kyrgios of Australia, who defeated Ryan Harrison of the United States 6-3, 6-3. The second-seeded Djokovic will play veteran Spaniard Feliciano Lopez, who got past Gilles Simon of France 6-3, 3-6, 7-6 (3).

Manchester United manager Jose Mourinho has described the second leg of his team's Europa League semi-final against Celta Vigo today as "the most important match of our history".

The winners of the Europa League earn a place in next season's Champions League, increasing its significance for a United side that have only played in Europe's top competition for one of the last three seasons.