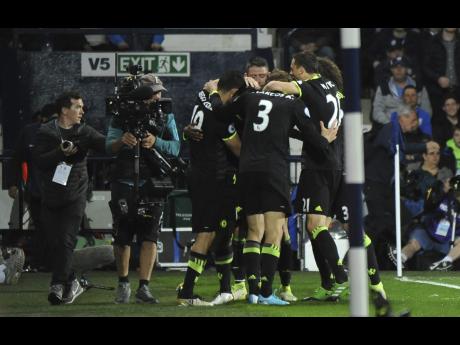 Chelsea manager Antonio Conte jumped into the arms of his fellow coaches near the dugout after Batshuayi — just on as a substitute — poked home a close-range finish from Cesar Azpilicueta's cutback. 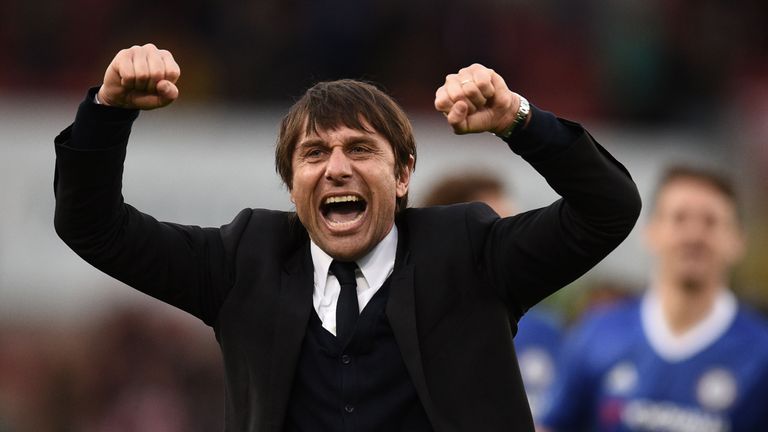 It is a second top-flight league title in three seasons and sixth in total for Chelsea, which have led the standings since early November.

Conte became the fourth manager to win the Premier League in his first season in English football and he was thrown in the air by his celebrating players in joyous scenes.
The Italian has had the golden touch, and it extended to the title-clinching game.

Chelsea were being frustrated by a stubborn West Brom defending deep and in numbers, so Conte decided to take off Eden Hazard and Pedro Rodriguez and bring on Batshuayi — surprisingly — and Willian.

Six minutes later, the Belgium striker was scoring the biggest goal of his career and being mobbed by teammates in front of Chelsea's jubilant visiting fans.
It was only Batshuayi's second league goal, and first since August.

"The beauty of football," Chelsea midfielder Cesc Fabregas said, "a player who didn't play a lot scores the winning goal for the championship."

It marked the end of a title race that has been dominated by Chelsea, with only Tottenham giving chase.

Spurs lost at West Ham 1-0 last week to give Chelsea three opportunities to clinch the league. They needed only one.

Chelsea have won 28 of their 36 games, including nine of their last 11 matches. It's a remarkable turnaround for a club that finished 10th in the league last season in the worst-ever Premier League title defense.

"Consistently we have been the best team in the league," Chelsea defender Gary Cahill said. "There is no better feeling in football. People have written us off as a team and individually and this has shut them up."

Conte's team has also reached the final of the FA Cup, where they will play Arsenal at Wembley Stadium on May 27.