Simoes back in Jamaica 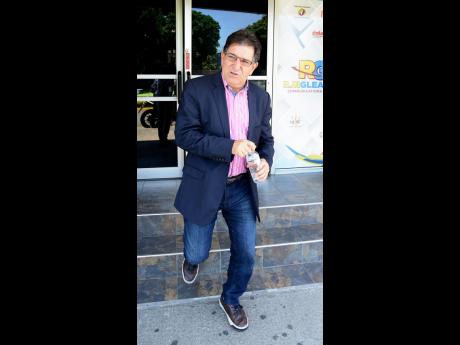 Simoes, who is in the island with his wife celebrating his 41st wedding anniversary, said that he has a lot of advice to give to Whitmore to guide him as a coach, and to get the most out of himself in the role.

"I have a lot of advice for him to make him a better person and a better coach - a better everything," he said.

He adds that Whitmore has qualities that make him a good coach, but he has to figure out which are the ones that set him apart from his rivals.

"All of us have 24 strengths. You have to adjust the strengths that are your signature. What are these five or six strengths you have? Maybe your leadership, your love for learning, your humour or your courage. That qualifies you."

Simoes, who now works with the Brazilian Coaches Society, is also a life coach, and said that he would not consider returning to Jamaica to work in any coaching role as those days are behind him. However, he said that there are things that could be done differently in Jamaica to grow the nation's sports.

"You have to build a programme very, very strong, but sometimes it is not very very easy to do that," he said. "You need money and you need a leadership but the companies have to remember that it is not an expense but an investment in your country."

Simoes said that he is impressed with what he sees as the improvement of Jamaicans' standard of living, since his last stint living in Jamaica in 2008. He said that this tells him that the economy is growing.

"I saw all the cars. I'm impressed about the new kinds of cars you have here - Mercedes Benz, Audis, I saw Porsches and these kinds of cars we didn't see before and the quantity I'm seeing now. I talked to Michael DaCosta, one of the best friends I have here in Jamaica, and he said economically, a structure is being put in place for the country's growth and he's quite satisfied by the situation."

He met with employees at the Jamaica Football Federation headquarters but told The Gleaner that it was not about a possible role with the body, as he was just there to meet old friends.