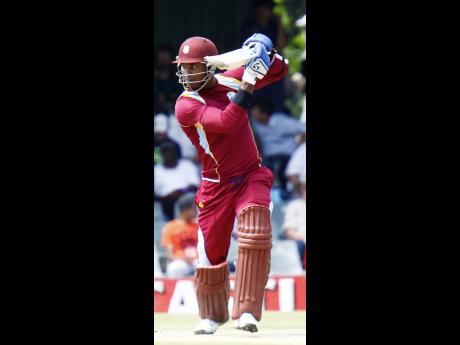 Opting for first knock at the Feroz Shah Kotla, Delhi rattled up 168 for eight off their 20 overs with opener Karun Nair top-scoring with 64 from 45 deliveries.

Rishabh Pant chipped in with 36 while the right-handed Samuels, batting at number five, stroked 27 from 21 deliveries, to keep the innings turning over.

Samuels belted a four and two sixes in adding 34 with Nair before top-edging a hook at Australian seamer Daniel Christian to wicketkeeper MS Dhoni in the 14th over.

In reply, RPS came up short with 161 for seven off their 20 overs, with Manoj Tiwary striking 60 from 45 deliveries and captain Steve Smith chiming in with 38.

The hosts lie sixth in the eight-team standings on 12 points while RPS are third on 16 points.

Delhi left out West Indies all-rounder Carlos Brathwaite after he failed again in his second match of the tournament on Wednesday.