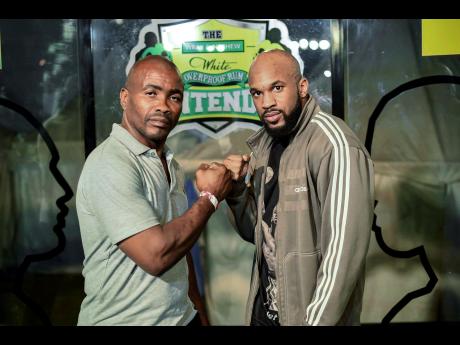 Devon Moncriffe, one of two boxers seeking a second title in the Wray & Nephew 2017 junior middleweight Contender series, bows into competition tonight, when he goes up against Canadian boxer Larone Whyte over five rounds, at the Chinese Benevolent Association auditorium, Old Hope Road in St Andrew. Fight time for this bout is 9.30 p.m. The show gets under way at 8.30 with two amateur bouts.

Moncriffe, who is 40 years old and has a 12-6 record, won the Contender middleweight title in 2013. He and Sakima Mullings, who won in 2014 as a welterweight, are the two former champions in this year's show. Mullings is already through to the quarter-finals, and Moncriffe is making a bid for his place tonight. He is a natural middleweight, and had to go on a programme to make the 154 pounds junior middleweight limit. Yesterday, he declared that his "training had gone well" and the he was " in great shape and ready for the challenge".

One of the biggest problems for him tonight could be the effects of his long layoff from competition. He last fought on October 24, 2015, when he lost by technical knockout to Renan St Juste in Canada. He does not see the layoff as a factor tonight, however, because of the amount of training that he has put in.

"I have worked hard and did not have any problems. I will be ready to go from the first round," he added.

His opponent Whyte is feeling quite at home in Jamaica, and told The Gleaner that he was happy to be back.

"My parents are Jamaican and I have a lot of relatives here. I have seen many of them since I came in over the weekend, and they will be coming to cheer me on. It will be great to hear some cheers for me in the audience," he said.

Whyte, who is 27 years old, has had only two professional fights and won them both by technical knockout. His last fight was in December 2015, so like Moncriffe, he has had a long layoff. He does not see his lack of professional boxing experience as a problem, because, like many of the boxers from Canada, he had an extensive amateur career. He told The Gleaner that he has had 65 amateur fights, "learnt the ropes well, and will be putting it all on display on fight night". Moncriffe's experience and record do not bother him, he said. "I have trained hard, I am ready, ready, ready, and will be giving it my best shot," were his final words.