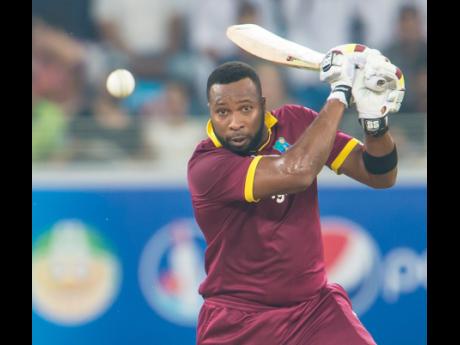 West Indies batting stars Kieron Pollard and Lendl Simmons both failed when they could least afford to as Mumbai Indian suffered a stunning 20-run loss to underdogs Rising Pune Supergiant in the first playoff match of the Indian Premier League here yesterday.

Bidding to qualify directly for the final after topping the preliminary standings, Mumbai failed to chase down a moderate total of 163, and will now take the difficult route by playing the winners of today's second playoff between Sunrisers Hyderabad and Kolkata Knight Riders.

Opting to bowl first at home at the Wankhede Stadium, Mumbai limited RPS to 162 for four off their 20 overs, with Manoj Tiwary (58) and opener Ajinkya Rahane (56) getting half-centuries.

RPS slumped to nine for two in the second over but Tiwary added 80 for the third wicket with Rahane and another 73 for the fourth wicket with MS Dhoni who made an unbeaten 26-ball 40, to revive the innings.

In reply, Mumbai suffered a massive batting failure and could only muster 142 for nine off their 20 overs, with opener Parthiv Patel getting 52.

Opener Simmons was run out for five at the non-striker's end with the score on 35 in the fifth over, after a drive from Parthiv touched the bowler's hand and on to the stumps with the Trinidadian backing up too far.

Pollard, batting at number five, fell for seven in the eighth over at 51 for four, caught at midwicket by Steve Smith off off-spinner Washington Sundar who claimed three for 16 from four overs to earn Man-of-the-Match honours.