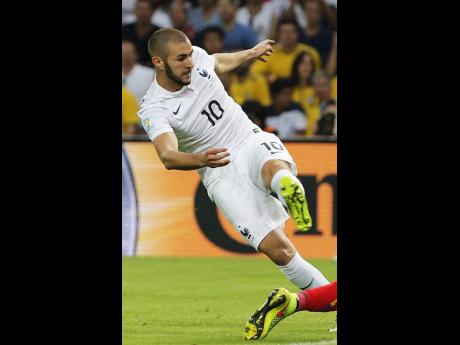 Vangelis Marinakis, the owner of Greek champions Olympiakos, who has been investigated for match-fixing, bought English club Nottingham Forest yesterday.

Marinakis completed his purchase of the second-tier League Championship side in a consortium with fellow Greek businessman Sokratis Kominakis from Kuwaiti investors.

Marinakis is trying to revive a Forest side that won the English top flight in 1978 and the European Cup twice in the following seasons but which hasn't played in the Premier League since 1999.

Forest said that its new owners were not "liable to be disqualified under the test" by the English Football League after the suitability of directors was assessed.

Marinakis has denied any wrongdoing in the Greek match-fixing investigation linked to his ownership of Olympiakos, which has won seven successive Greek titles.

English football is introducing retrospective bans of at least two matches for players who deceive referees by diving to win a penalty or feigning injury to get an opponent sent off.

English Football Association officials voted yesterday to introduce a new offence of "successful deception of a match official" from next season, emulating a law already applied in the Scottish game.

A panel featuring a former match official, ex-manager, and former player would review footage of incidents and will have to unanimously agree to charge offenders. This process is similar to the one already used for red-card offences that were missed at the time but caught on camera.

The FA said that this will be enforced "where there is clear and overwhelming evidence to suggest a match official has been deceived by an act of simulation, and as a direct result, the offending player's team has been awarded a penalty and/or an opposing player has been dismissed".

Still no place for Benzema in French squad

France coach Didier Deschamps gave a vague explanation as to why he again left out Karim Benzema from his squad yesterday, the day after the Real Madrid striker demanded answers.

"I would like to remind you, if needed, that I am the only person who decides, and I make decisions within a sporting framework. I am here to choose players to build a squad because for me, the collective has always been above everything else," Deschamps said. "I always make choices in the same way, which I consider to be for the good of the France team."

France play Paraguay on June 2 in Rennes, Sweden, one week later in Stockholm and hosts England at Stade de France on June 13.

Benzema is facing charges relating to an extortion scam over a sex tape featuring France teammate Mathieu Valbuena. Benzema is suspected of pressuring Valbuena to deal with blackmailers. The case has been dragging on. He has not played for France since October 2015 when he scored twice against Armenia in a 4-0 win.