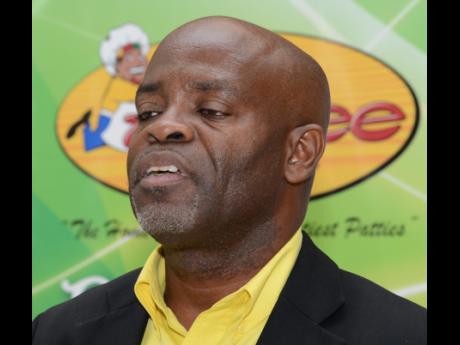 Tastee National Preparatory Schools Track and Field Champ-ionships set for the National Stadium next Thursday, president of the organisation, Wesley Boynes, is calling for equity where the use of such facilities are concerned for students from private schools.

The championships will run from May 25-27 and Boynes is calling on the Government to support local preparatory schools in the same way that primary schools are backed in terms of subsidising the rental of national sporting venues.

Boynes told The Gleaner that JISA is forking out close to

$2 million to rent the National Stadium for this year's meet, taking into consideration a $500,000 discount offered by state-owned facility managers Independence Park Limited.

"One thing that the Govern-ment can consider is the fact that students from private schools are being treated differently in many instances, when it comes to the use of the National Stadium and other such facilities. We have paid millions and millions of dollars to use this facility and other such ones, yet primary school students are given support so they do not have to pay anything in most instances," said Boynes at yesterday's launch at the Sts Peter and Paul Prep School auditorium.

"I can understand that as private institutions, we should not be expecting the Government to pay our teachers, pay our utility bills, maintain our facilities, etc, but when it comes to the utilisation of a national facility, I believe that all Jamaican children should be treated equally - regardless of which school they attend," Boynes added.

"Just the other day, the primary schools had their stuff happening and they had access to INSPORTS funds and stuff, and I think that every Jamaican child, who comes to run at the stadium should get the same level of support," he continued. "There should be no discrimination and I think in that aspect the Government can come in and be partners because in some instances some of our students have gone on to represent Jamaica at the highest level."

The Primary Schools Athletics Championships, which concluded at the National Stadium last Saturday, is organised by the government agency, Institute of Sports (INSPORTS).

Meanwhile, five new schools will contest this year's 40th staging, bringing the overall number of participating institutions to 61, led by 11-time defending champions Hydel Prep, which will be seeking its 12th straight and 18th title overall.

"Prep Champs is now more than an important Jamaican sporting event. It is a great Jamaican sporting institution functioning, for the sake of imparting clearly defined values and principles to young men and women. Generations of young Jamaican athletes have now passed through the hallowed corridors of Prep Champs and this is nothing but a massive contribution to sports and furthermore, human development in Jamaica," said Boynes.

Tara Goulbourne, marketing manager at title sponsors Tastee, announced a combined $4 million sponsorship inclusive of a $400,000 scholarship package, while pointing out her organisation's involvement with JISA and Prep Champs.

"We are honoured to be involved with this event, we know the value and benefits of aligning with a landmark event such as this," said Goulbourne.

Lasco's Lyshon Davis, brand manager - beverages, underlined her company's commitment to the event and the development of Jamaica's youth, while outlining its products, which will be on hand at the meet; Lasco Food Drink, iCool water and iDrade.

Reggae Jammin will be donating athletic and canteen equipment to the first and second place finishers.